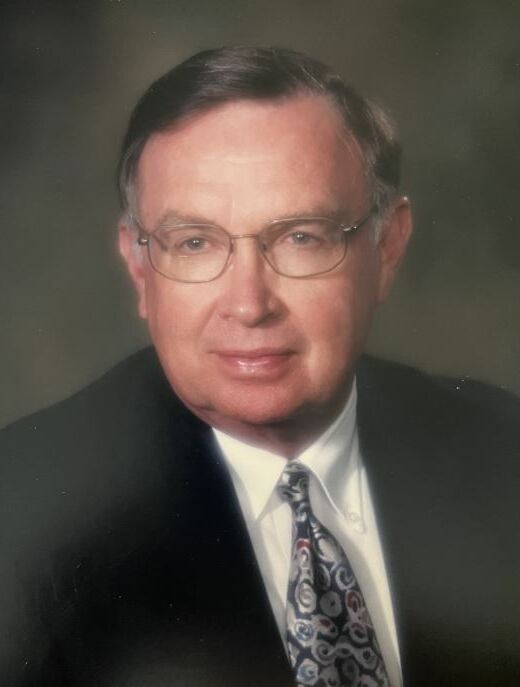 Please share a memory of The Rev. Dr. Henry to include in a keepsake book for family and friends.
View Tribute Book

For I am now ready to be offered, and the time of my departure is at hand. I have fought the good fight, I have finished the race, I have kept the faith. Now there is in store for me the crown of righteousness, which the Lord, the righteous Judge, will award to me on that day—and not only to me, but also to all who have longed for his appearing. 2 Timothy 4: 6-8

The Rev. Dr. Henry Lee Chennault, 84, beloved husband of Reba Maxine DuBois Chennault transitioned from this life into the arms of His Savior on Tuesday afternoon, January 17, 2023 at his residence following a period of declining heath.

Dr. Chennault was born on March 4, 1938 in Dalhart, Texas, a son of the late John Edward and Mary Victoria Jones Chennault. The most important decision he made in his life however, was when at the age of 8, he was reborn and accepted Christ as his Personal Lord and Savior at the First Baptist Church in Altus, Texas.

Dr. Chennault accepted God’s calling upon his life and surrendered and was licensed to preach in July of 1956. He was later ordained into the ministry in 1956 at the First Baptist Church of Altus, OK.

Dr. Chennault was a 1956 graduate of Altus High School. While in high school, Dr. Chennault was very active in athletics serving two years as the starting center on the varsity basketball team. In his senior year, he was the leading scorer.

He earned his Bachelors of Arts Degree: Major in English; Minor in Speech and Bible from Oklahoma Baptist University in 1960. He earned his Masters of Arts Degree in American Literature with his Thesis Topic: “The Sermon Style of Jonathan Edwards” from the University of Oklahoma in 1963 and his Doctor of Philosophy from Trinity Theological Seminary in 1979. During his college years, Dr. Chennault won two intramural letters. He was also active in the Ministerial Alliance having served as President as well as other office positions. He was a member of Sigma Tau Delta (professional English Fraternity), Xi Omega (National Leadership Fraternity for men), and Kappa Delta Pi (National Educational Fraternity). He was named to Who’s Who in American Colleges and Universities in 1956 and was on the Dean’s Honor roll.

During his pastorate and convention work, Dr. Chennault served on the Board of Trustees for Furman University from 1979-1981. In addition, he organized the Consortium for Intentional Interim Ministers while at OBGC for Oklahoma, Missouri and Arkansas Baptist Conventions as well as Supervisor for the Supervised Ministry Program. In addition, Dr. Chennault was a mentor for young men entering the ministry from the Southern Baptist Theological Seminary from 1982 until 1983.

For as long as his health permitted, Dr. Chennault continued to minister to over 50 churches as Interim and Transitional pastor in Oklahoma and South Carolina. He also was the moderator for the Aiken Baptist Association in 2005 and 2013. He was a tireless and humble servant of Christ who gave his life to the call God gave him. He received the Citation of Recognition from the State of Oklahoma by Governor Frank Keating in 2000 for his service to Oklahoma congregations.

Funeral services will be conducted on Sunday, January 22, 2023 at 4:00p.m. in the sanctuary of the First Baptist Church of Aiken with the Rev. John V. Chennault, the Rev. John Carroll, the Rev. Dan Rose & the Rev. Brancie Stephens officiating.

The family requests that all active and retired ministers in attendance for Dr. Chennault’s funeral services serve as honorary pallbearers. They are asked to meet in the vestibule of the sanctuary at 3:40p.m. on Sunday afternoon.

On Tuesday afternoon, Dr. Chennault heard the words he had longed to hear for so long, “…Well done, good and faithful servant; you have been faithful over a few things, I will make you ruler over many things. Enter into the joy of your lord.” Matthew 25:23.

To send flowers to the family or plant a tree in memory of The Rev. Dr. Henry Chennault, please visit Tribute Store
Saturday
21
January

A live stream of Dr. Chennault's funeral service may be found at the following link: https://vimeo.com/event/2804673
Online Memory & Photo Sharing Event
Online Event
About this Event

Share Your Memory of
The Rev. Dr. Henry
Upload Your Memory View All Memories
Be the first to upload a memory!
Share A Memory
Send Flowers
Plant a Tree