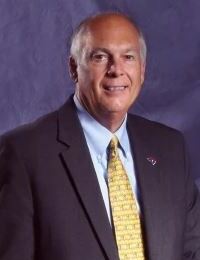 Please share a memory of The Honorable Frederick to include in a keepsake book for family and friends.
View Tribute Book

AIKEN, SC – Frederick Bates Cavanaugh Jr., beloved husband, father, brother, uncle and Mayor of Aiken, SC (from 1991 until 2015) passed away at home peacefully surrounded by his family on December 28, 2022.

Fred was born November 29, 1936, in Richmond, VA, to the late Frederick Bates Cavanaugh Sr. and the late Mary Wynne Cavanaugh.

His family moved to Aiken when he was a 15-year-old high school sophomore in 1953. He was a member of the new Aiken High School’s first graduating class in 1955.  Fred was awarded a BS in Electrical Engineering from Virginia Military Institute (VMI) and was commissioned as First Lieutenant in the United States Air Force. After 3 years of active duty with an honorable discharge, he continued his career with DuPont and Westinghouse for 36 years in various locations, with the majority of his time at the Savannah River Site.

Fred was a model public servant and his passion was giving citizens of Aiken the finest, most thoughtful, creative, and honest service they could possibly receive.

Former Mayor of Charleston Joe Riley was once quoted: “It has been an honor to have Fred as a colleague. Every time I met with him, I ended up being inspired by him to go back to Charleston and try to do a better job.”

During his tenure as Mayor, he oversaw Aiken’s selection as an All American City in 1997. He was named Aiken Chamber of Commerce’s man of the year in 2004; served 2-year presidency of the Aiken Municipal Association, and as a member of the Salvation Army Advisory Board, American Legion, Marine Corps League, St. John’s United Methodist Church, and The Aiken Rotary Club.

City Clerk Sarah Ridout is quoted as saying: “Fred is a man of many fine character traits; he is a kind and considerate person who gives a lot of thought to matters & issues concerning Aiken.”

His wife, Lee, is quoted as saying: “Fred had a Gift of listening to others with a thoughtful and measured response; always credits any good and positive changes to the City of Aiken Staff.”

It is important to note: the bronze statue of Mr. Cavanaugh located in Teague Park on Park Ave was started in 2018 and finished in 2019. If ever given the chance to look at it, the ring on his right hand is the actual imprint of his VMI class ring.  The ring on his left hand is the actual imprint of his wedding band that he wore for 47 years, which he inherited from his father, who wore it for 38 years.

Fred will be most remembered as a gentle and extremely humble man. He never sought the spotlight and was often seen at Ribbon Cuttings and Celebratory events in the back of the crowd. He was a dedicated family man and loved his wife, sons, siblings, City of Aiken, and our country so very much.

Private family services will be held January 4, 2023, and the public is welcome to participate by viewing the livestream at 11:00 AM via the St. John’s United Methodist website page (www.stjaiken.org).

On Monday, January 2, 2023 at 11 am, the City of Aiken is honoring Fred with a Wreath Laying Ceremony at his statue in Teague Park, which the public is invited to attend.

The family wants to thank Traditions Hospice, Delores Wright and the many friends who loved and cared so sacrificially for Fred and family during his illness.

To send flowers to the family or plant a tree in memory of The Honorable Frederick Cavanaugh Jr. , please visit Tribute Store
Monday
2
January

Share Your Memory of
The Honorable Frederick
Upload Your Memory View All Memories
Be the first to upload a memory!
Share A Memory
Send Flowers
Plant a Tree