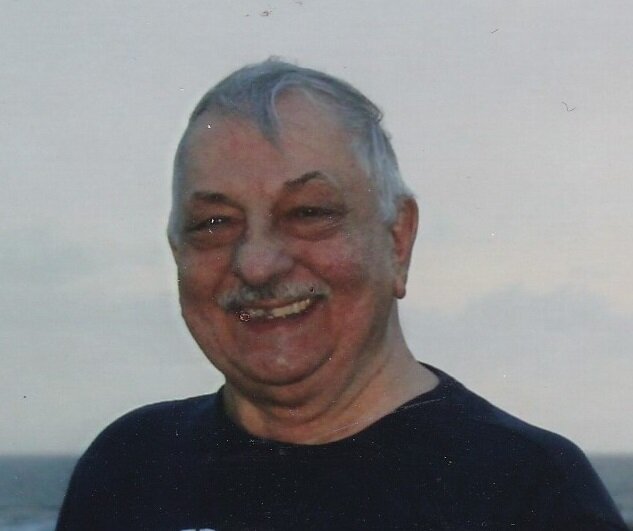 Please share a memory of Alfred to include in a keepsake book for family and friends.
View Tribute Book

He is preceded in death by his parents, Alfred Joseph Dichiara, Sr. and Rita Helen Silvay; and his wife, Edith Lois Dichiara.  He is survived by his daughter, Carol Dichiara McWhorter, his grandchildren, Bianca Robinson, Joseph McWhorter and Parker McWhorter, great-granddaughter, Isabella Hall and his daughter Caren Rainey, his grandchildren, Brennan Price, Westley Price and Harper Price.  His brother, John Dichiara (Vera) of Pompano Beach, Fla, and many nieces and nephews.

He was born in Bayonne, New Jersey.  After finishing school there, he enlisted in the U. S. Marines.  His service involved tours in Vietnam that included serving his country in its Delta Forces.  Understanding the importance of these classified assignments, to his dying day he never discussed what he accomplished with these elite teams.  He did much to protect our distinctly American ideals, out of the limelight, and without even a whiff of self-promotion.

After completing his honorable and highly decorated military service, he went on to earn his Bachelor's Degree at Jersey City State College and a Master's Degree in Education at Rutgers University.   He married his wife of 53 years, Edie, and began his teaching career at Long Branch High School.  While teaching, he enrolled in the police academy.  Upon graduation he became a police officer with Long Branch Police Department in Long Branch, NJ, where he served for 16 years.  He competed in, and won numerous pistol matches.

Al had a love of weaponry from the time he was a small boy growing up in Bayonne, NJ.  He had a natural knack for this detailed work, and it wound up changing his life.  After building a .44 Magnum Revolver for Clint Eastwood to use in Dirty Harry 3, Al was off to the races, going on to also build a custom weapon for Dale Earnhardt.  He quickly became known for his amazing ability to make even the highest quality weapons even better.  It became known as the Al Dichiara Blessing.

He studied with Colt, Ruger, Glock, Smith & Wesson, and other mainstay firearms manufacturers all the while achieving successes to the point that they then sought him out for advice and recommendations.  The Ruger brothers hosted him at their New Hampshire farm and the leadership at Colt took him into the deepest recesses of their firearm archives, where he was permitted – with white gloves on- to hold one of the first Colt .45 automatic pistols ever manufactured. He loved to tell the story about this magical moment in his gunsmithing career.  He was a regular at the annual international firearms trade shows, which he called The Shot Show.  He knew them all, and they all sought him out.  He built, customized, or tricked out all manner and make of firearms.  He knew how they worked, and no firearm mechanism was smarter than Al.

He worked for several decades at the Savannah River Site as its Chief Armorer for its security detail.  Generations of these officers learned all they needed to know from Al, and not just about weapons; he also was good at life lessons.  He led them in competitions that brought recognition to the teams, and never took the credit he deserved for it.   That work would have been plenty for most normal people, but Al did not stop there.  He owned and operated Ace Systems, which became the destination to buy or repair firearms that would have no equal.  All the while, Al kept in mind his military service and law enforcement experiences.  All law enforcement officers, and members of our gathering place for hundreds of people from all walks in life all had the most important thing in common: their friendship with Al.  He loved western style shooting competitions, and adopted his western persona, Ace Jackson.

He was a deeply committed family man.  He loved his family more than anything.  He loved to be surrounded by his grandchildren and they loved to surround him.  He was Poppy to more than just his blood grandchildren.  He was Poppy to all the children that he encountered and a lot of adults that came into his life as well.  They instantly loved him and became family.  He embraced everyone.   He was also known for his clever sense of humor, and freely shared it with anyone who was willing to sit and enjoy it.  He looked forward to all his vacations with his family and recently came to love his yearly visits to Fripp Island with his daughter and grandchildren, where he could play with them and sit outside and watch the ocean, enjoying his family.

His passing leaves a major void, but his dying wish remained that those he helped would help others in turn.  There can be no better tribute to this man who made so much of a difference while he was with us.

As his daughter I want to end this tribute to my Dad by saying that no little girl could ever ask for or have a better father than mine.  To say that I love and adore him would be an understatement.  There are no words for the love that I hold for him in my heart.  He will forever be my hero, my loudest cheerleader and my biggest supporter.  The hole left in my life will never be filled.  I was lucky to have cared for him and my mother the last 10 years of both of their lives and I would not trade it for anything.  My children and I were able to make memories with my parents that can never be replaced.  My children were the luckiest children in the world to have spent the amount of time that they did with them both.  The last two years we were with my father all of the time and he lit up every time we were around.  When he left the hospital in July he came home to my house and to say we were blessed beyond words is probably not accurate enough.  I have had to wake up the last two mornings and not hear “good morning, little girl”  and “how about a hug”.  I haven’t heard how much he loves me and it breaks my heart in ways that will never be repaired.  However, I can go every day of the rest of my life knowing that I am the daughter of Al Dichiara.  Al Dichiara who loved us loudly and shamelessly.  I can hear him in my head telling me “don’t cry little girl.  You have my strength”.  He has said so many times in the past months “you know were you get that from” and I do.  I have a lot of my mother in me, but my strength, my fierce love and my need to protect my family I know I get from the amazing man I was blessed to call my father.  – Carol

Following the service at the graveside, the family will be hosting a reception at Jackson First Baptist Church, 400 Third Street, Jackson, SC 29831.

To send flowers to the family or plant a tree in memory of Alfred Dichiara Jr. , please visit Tribute Store
Sunday
23
October

Share Your Memory of
Alfred
Upload Your Memory View All Memories
Be the first to upload a memory!
Share A Memory
Send Flowers
Plant a Tree