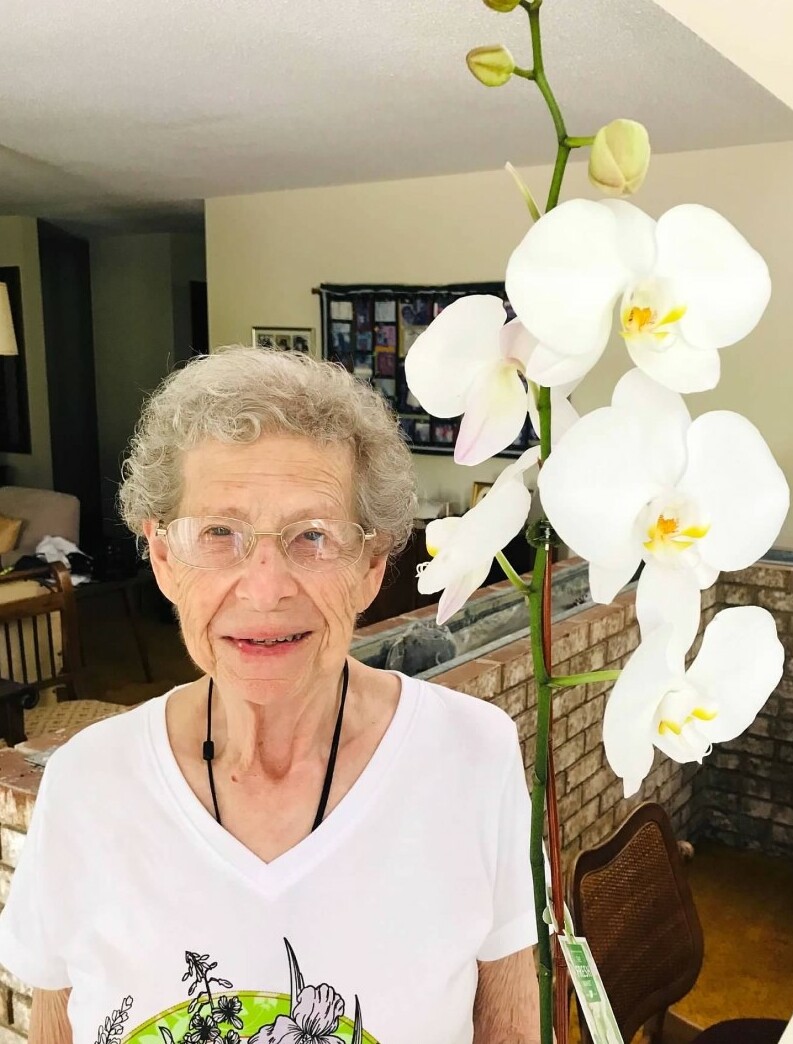 Please share a memory of Doris to include in a keepsake book for family and friends.
View Tribute Book

Born in Allentown, PA on March 29, 1930, she was the daughter of the late Simon & Celia Mae Epstein Lerner. She spent most of her early years in Newport News, VA before attending and graduating with a bachelor’s degree from The College of William & Mary and a Master’s degree in psychology from the University of Delaware, where she met Peter. After nearly 20 years of raising their family in Wilmington, DE, they moved to Aiken, SC in 1977 when he was relocated to work with Dupont at the Savannah River Plant (now SRS).

Once in Aiken, Mrs. Baumgarten quickly made a name for herself as a tireless volunteer and historian. A volunteer docent at the Aiken County Historical  Museum for over 30 years, she became fascinated with researching information about the area, such as the little known fact that South Carolina was once identified as the “Iodine State”.  She was fascinated by the interesting history of Happyville, a Jewish farming community near Montmorenci from 1905-1907.  She loved learning and sharing about the Rosenwald Schools, a cooperative project  between Booker T Washington and the Sears Roebuck founder Julius Rosenwald.  These schools provided education to Black children in the 1920s. In her later years, she became an amateur photographer.  The Museum features Doris’ photographs of the Carolina Bay Nature Preserve which her husband helped to protect through the Aiken Land Conservancy. The Museum hosted an exhibit of her photography, entitled “In My Mind’s Eye”,  and her photos graced the SRP Credit Union Calendars for several years.

Doris was an active participant at the Adath Yeshurun Synagogue in Aiken where she and Peter held many leadership roles. Quite a few Aikenites first experienced Judaism by attending synagogue tours organized by Doris and other volunteers, or attending an interfaith Passover celebration. She was instrumental in the 75th and 90th Anniversary celebrations of the Synagogue, and was active in the Southern Jewish Historical Society. The Aiken County Historical Museum recently hosted the synagogue’s 100th Anniversary Exhibit for all to learn about Judaism and the important role that the Jewish community has played in Aiken. Doris was instrumental in establishing the South Carolina Historical Marker at the Synagogue and providing the research for the SC Historical Marker downtown commemorating Aiken’s Jewish merchants.

One of her proudest moments was when she organized the restoration of the Torah Scrolls at the Synagogue. Her humble words, when interviewed by the Augusta Chronicle in 2008, were simply, "It is an honor to be able to do this," she said. "The Torah is so central to who we are. It is the foundation of our faith and the Jewish law."

Doris was an avid learner, participating in the Nose In A Book club for 40+ years (she was the bell-ringer!) and attending many lectures at the Academy for Lifelong Learning. She enjoyed all of the people she met and volunteered with. As she often said, it is easy to become known in a small friendly town like Aiken.

In addition to her parents and her husband, Mrs. Baumgarten was pre-deceased by two brothers, Marvin Lerner and Robert Lerner.

For those unable to attend in person, graveside service will be livestreamed on the official George Funeral Home & Cremation Center Face Book page (Facebook.com/GFHCC) beginning at 10:30 a.m. Sunday morning.

In lieu of flowers, memorials may be made to the following organizations   that have been so important to Doris: Aiken County Historical Museum, 433 Newberry Street, SW, Aiken, SC 29801, Congregation of Adath Yeshurun, 154 Greenville St, NW, Aiken, SC 29801, or to the Aiken Land Conservancy (previously Aiken Land Trust), Post Office Box 3096, Aiken, SC 29802.

Share Your Memory of
Doris
Upload Your Memory View All Memories
Be the first to upload a memory!
Share A Memory