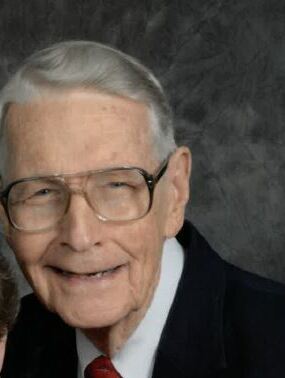 Please share a memory of Spencer to include in a keepsake book for family and friends.
View Tribute Book

Spence was born December 22, 1931 in Savannah, GA to the late Spencer Pierce Grotheer Sr. and the late Louise Gray Grotheer. He proudly served his country in the US Air Force and was stationed in Japan. He graduated from Georgia Tech in 1955 with a Bachelor’s Degree in Engineering. He started his career at The Savannah River Plant (Dupont) in Aiken and later was relocated to Wilmington, Delaware before being reassigned to Aiken in 1979 where he has lived ever since. Spence was always eager and willing to help anyone. He loved people and was passionate about helping others. He served on a variety of volunteer organizations to include Kalmia Landing. He loved St. John’s United Methodist Church where he was a member since 1979. He also enjoyed gardening.

In addition to his parents, he was preceded in death by a brother, Robert A. Grotheer.

A memorial service will be held Monday, March 28, 2022 at 2:00PM at St. John’s United Methodist Church with Rev. Dr. Tim McClendon and Rev. Butch Blackwell officiating. The family will receive friends one hour prior to the service in Ward Hall at the church.

To send flowers to the family or plant a tree in memory of Spencer Grotheer, Jr, please visit Tribute Store
Monday
28
March

Share Your Memory of
Spencer
Upload Your Memory View All Memories
Be the first to upload a memory!
Share A Memory
Send Flowers
Plant a Tree