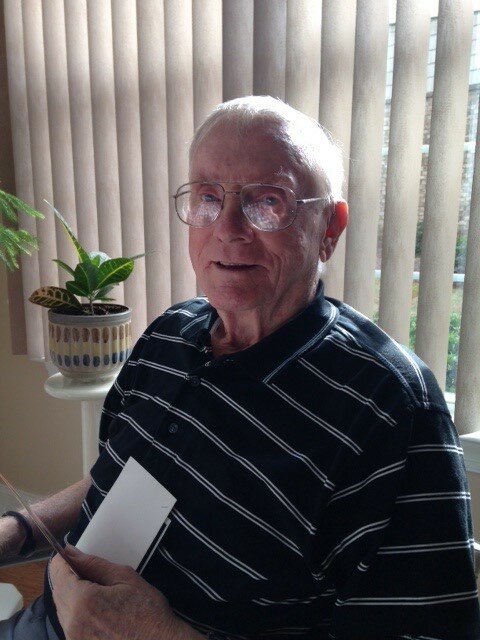 He was born in Altoona, Pennsylvania, the son of Richard E. George Sr. and Charlotte E. Butler.  He was preceded in death by his daughter, Debby, and four sisters: Dorothy Pinto, Jean Schandelmeier, Margaret Whitbred and Martha Hess.  He has one surviving sister, Helen Lou Davis, in Florida.

Dick was a Veteran of the United States Army and was Honorably Discharged in December 1951.  Like his father, he joined the Scottish Rite of Free Masons, was initiated in 1959, and was elevated to Master Mason in 1960.  In 2020, he was recognized for 60 years as a Master Mason, 32 degree, by the Aiken, SC Lodge No. 156.  Dick was also a proud member of Aiken 50+ Club since October 2015. He was an avid golfer and played regularly with Tom’s Turkeys on Hilton Head Island and The Sand Trappers in Aiken.

He joined the Remington Rand Corporation in 1955 and spent his entire career with the same company as they merged and changed names.  In 1989, Dick retired from Unisys as Assistant to the President.

He was a deeply devoted husband and father to his family, and a trusted, loyal friend.  Dick will be truly missed and forever remembered by his family, including those he cared greatly for at The Benton House of Aiken, and a lifetime of close friends.

In lieu of flowers, donations in memory of Dick may be made to The American Cancer Society.

A virtual service to celebrate his life is scheduled for Saturday, September 25th at 3:30pm led by Julie Bird, Pastor of McGregor Presbyterian Church, Columbia, SC.  You may access the service by clicking on the Zoom link below.

Dial by your location

To send flowers to the family or plant a tree in memory of Richard George Jr., please visit Tribute Store

In Lieu of Flowers

In lieu of flowers, donations in memory of Dick may be made to The American Cancer Society.