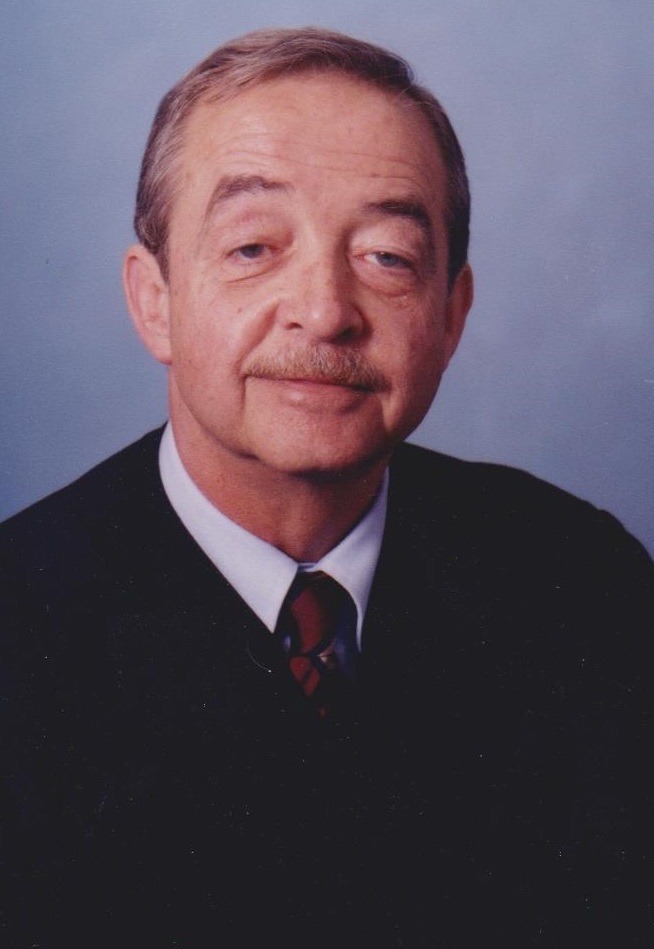 Rusty left us on April 30, 2021 due to complications from Alzheimer’s disease and is finally at peace.  He was born June 9, 1944 in Raleigh, NC, the only son of the late Russell G. Sherrill, Jr. and Sara Crabtree Sherrill.  He graduated from Needham Broughton high school, NC State University and UNC law school.  After graduation, he served as Law Clerk to Judge Earl W. Vaughn of the N.C. Court of Appeals and was admitted to the practice of law.  For several years thereafter he worked as an Assistant District Attorney and in early 1979 he was appointed as a Wake County District Court Judge.  In 1993 he was selected to be the Chief District Court Judge.  Following his retirement in late 2000 he continued to serve as an Emergency District Court Judge for several years resulting in his judicial career consisting of 33 years of service.

His best times were spent with good friends and family engaging a in a wide variety of activities, especially those occurring in the great outdoors.  In 1973 he went on his first sailing adventure in the Virgin Islands.  His days on the ocean, the competition and camaraderie of his shipmates were things he always loved and never forgot.  He also enjoyed participating in the Terpsichorean Club, Milburnie Fishing Club and the Capital Cotillion Club.

In his early years Rusty acquired an interest in collecting art which continued throughout his lifetime.  In 1978 he was appointed to the Raleigh Arts Commission and chaired the Commission in 1982.  During that tenure he chaired the Arts Space subcommittee which later became the non-profit Artspace, Inc.  Artspace was a novel concept which was instrumental in the restoration of downtown in 1986.  Its continued existence is due to much hard work by many people volunteering their time and energy.

In 1983 he met the love of his life, Janet Roberts, who in 1986 became Janet Sherrill. In August, 2018 he and Janet moved to Aiken, SC to be closer to family members.  He is survived by his wife, Janet, his mother-in-law, Marcia Roberts, his godchildren, and many wonderful friends and family members whom he missed greatly after moving to Aiken.

The family would like to express their utmost gratitude to his extraordinary caregivers at Benton House of Aiken and Kindred Hospice for the dignity and compassionate care they provided Rusty during his illness.  In lieu of flowers, the family requests that you hug the people you love and make a donation to your favorite charity.

A Celebration of Life Service will be held Monday, May 3, 2021 at 11 a.m. in The George Funeral Chapel. There will be a graveside service at The Historic Oakwood Cemetery in Raleigh on Friday, May 7, 2021 at 11 a.m.

To send flowers to the family or plant a tree in memory of Russell Sherrill III, please visit Tribute Store
Print
Monday
3
May