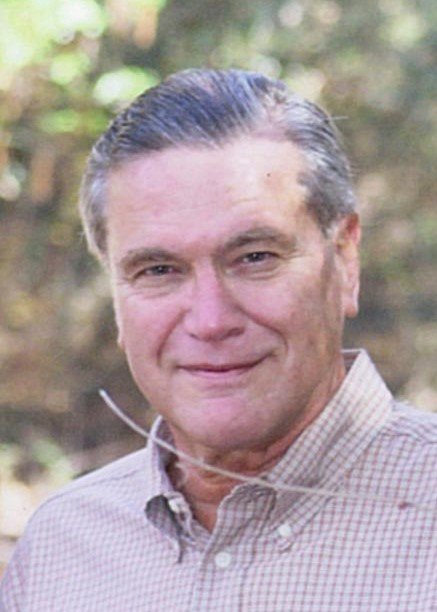 AIKEN, SC – Graham Stewart Poindexter, 71, of Aiken, South Carolina, passed away peacefully at home with family at his side on June 18, 2020.  He is survived by the love of his life, Sherry, his wife of 52 years. True partners together since high school, their life together with their two daughters was an adventure.

Graham was born December 18, 1948 to Charles and Marguerite (née McBride) Poindexter in Louisville, Kentucky, where he would attend Waggener High School (class of ’67). Following in his father’s footsteps, he joined the Delta Upsilon fraternity at DePauw University before transferring to the University of Louisville, where he graduated at the top of his class with a B.S. in Chemistry. Graham went on to earn a Ph.D. in Organic Chemistry from the University of North Carolina Chapel Hill, followed by a two-year NIH post-doctoral fellowship at Colorado State University. For 32 years he worked for Bristol Meyers Squibb, conducting pharmaceutical research and development, primarily for central nervous system and cardiovascular disorders. Over his career he garnered many patents, published scholarly articles, presented internationally, and was a mentor to many emerging chemists. Graham’s career took him and his family to Midland, Michigan; Evansville, Indiana; and Old Saybrook, Connecticut. His professional accomplishments helped people to live longer and better lives.

Graham shared his love of music, outdoors, and history with his family and friends. His beloved family camp on the Blue River, a cherished retreat for six-generations, was the site of many happy memories of hiking, swimming, canoeing, fishing, and playing games with family and friends. He had an expansive music collection and was a voracious reader of American military and exploration history.  Graham loved to golf and sail, and inherited a love of the outdoors hiking Indiana’s Harrison-Crawford State Forest with his father which he passed on to his children. Vacations were spent exploring a variety of landscapes, from the Rockies and the Grand Canyon to Civil War battlefields. In retirement he enjoyed painting and parlayed his chemistry skills into cooking and creating recipes, much to the delight of his wife and family.

Graham was preceded in death by his mother Marguerite née McBride Poindexter and his father Charles Poindexter. He is survived by his wife Sherry Mayhall; daughters Kristen (David Embry) and Sarah-Jane (Joel Westerdale); and two granddaughters Gabriela Alvarez and Rosemarie Westerdale, with another granddaughter expected in the fall; four brothers: Charles Read Poindexter, James Poindexter (Dawn), John Poindexter (Elizabeth), and Philip Poindexter (Elizabeth); six Poindexter nieces and nephews; and stepmother Elizabeth ‘Libby’ (née Willey) Poindexter. Graham was blessed by being a part of his wife’s family, spending many happy times and holidays with the Mayhall siblings, nieces, and nephews.

A memorial and burial service will be held at a Cave Hill Cemetery in Louisville later this summer. In lieu of flowers, a donation to the preservation and education of Gettysburg Battlefield would be near and dear to Graham’s heart. Please make donation, in memory of Graham Poindexter to the American Battlefield Trust: https://www.battlefields.org/give/donate-tribute.