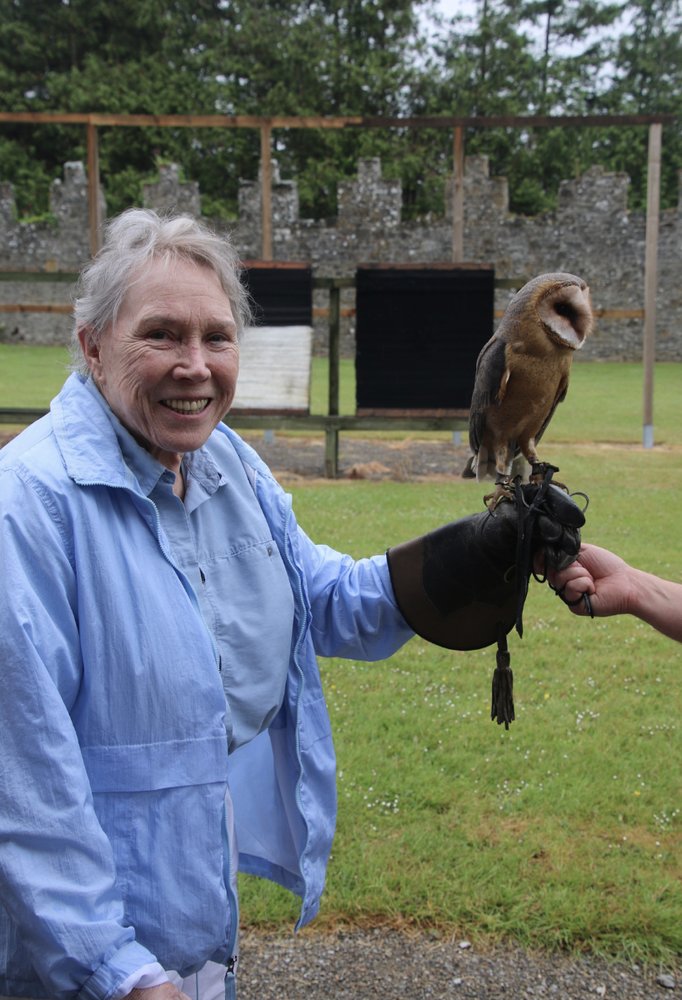 The world lost a passionate advocate for animals on Thursday, March 12, 2020. Her family lost a loving mother and grandmother (Oma). Ginny was born an only child on September 2, 1932 to William and Marianna (Bartkowiak) Hersz in Detroit, Michigan.

Ginny became one of only a few female pharmacists when she graduated from Wayne State University in 1955. While working at the famous JL Hudson’s Department Store in Detroit, Ginny met her future husband, Gary, when he came in to pick up a prescription for his mother. “It was love at both sight” they both frequently told anyone that asked.

Gary and Ginny quickly married on January 31, 1959 and started their large family under a year later. Once child number three came along, Gary and Ginny moved to a small town called Chelsea outside Ann Arbor, Michigan. They bought eighty acres so that their five children would have “room to roam.”

Ginny gave up working as a pharmacist once they started a family. Never one to sit still, she became a beekeeper, Master gardener, incredible cook and baker, hobby painter and became a very active scuba diver, even though she never learned to swim. Later in life, Gary and Ginny traveled the world extensively. They created numerous charitable trusts to help children who had the drive to attend college and always there were animals in need which really drove Ginny.

In 2009, Gary and Ginny made Aiken, SC their home. They quickly set about putting in place their passions for education and animal welfare. The Aiken Rotary Club Foundation was a perfect fit to grow their scholarship program to help graduating high school students attain their dreams of continuing their education.

Our father often said that mom taught him a lot but she was his guiding force for his enduring love for all creatures, especially those dependent upon the kindness of humans. Growing up we always had numerous cats, dogs, occasional snakes, and even a bird. All of mom’s pets were incredibly long-lived. The SPCA Albrecht Center for Animal Welfare certainly would never have come into existence without our mother’s passionate love and advocacy for animal welfare. Our parents left a large legacy in Aiken that will continue many years into the future.

Once her beloved Gary passed after sixty years of marriage on March 31, 2019 our mom lost her zest for life. It is incredibly difficult to say goodbye to a woman who truly lived life to the fullest, but we take comfort she is with the “love of her life” and all the many fur family members she loved so much.

Our mother leaves behind to mourn her passing, five children: Dawn, Gayle, Karl (Kelly), Joy, and Anne (Jeff); and her twelve beloved grandchildren.

Share Your Memory of
Virginia
Upload Your Memory View All Memories
Be the first to upload a memory!
Share A Memory
Send Flowers