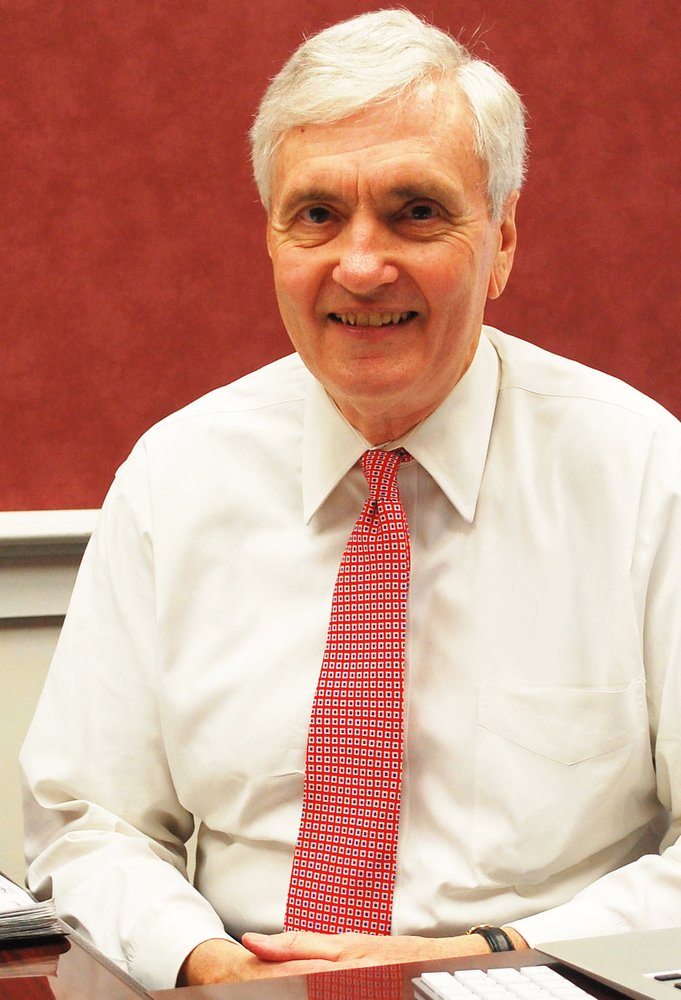 Please share a memory of Scott to include in a keepsake book for family and friends.
View Tribute Book

Scott Beale Hunter, 69, publisher of the Aiken Standard from 1989-2013 and community leader, passed away at his home on Tuesday, September 25, 2018, following a lengthy illness.

Funeral services will be at 10 AM Saturday, September 29, 2018 at First Presbyterian Church with The Rev. Dr. Brian Coulter officiating. Visitation will be at George Funeral Home on Park Avenue on Friday evening from 5:00 PM until 7:00 PM

Scott was the husband of Lois McFadden Hunter, a nurse at Aiken Regional Medical Centers, who passed away in 2009. He was the father of Eleanor Hunter, an officer with the Aiken Department of Public Safety.

Scott began his journalism career in 1973 as a sports writer for the Aiken Standard, planning to remain with the organization for a year or so before moving on to larger newspapers. He fell in love not only with his chosen career, but also the city that would be home for the rest of his life.

From sports writer, he was soon promoted to sports editor for the Standard working hard to ensure that all the local high schools received coverage of their football, basketball and baseball games. His work ethic caught the attention of publisher Sam Cothran who moved him from the Sports Department to News in the capacity of news editor.

Scott showed his understanding of that side of the business and quickly rose to the positions of managing editor, editor and then general manager of the newspaper. During his time in those leadership positions, the Aiken Standard went from a five-day-a-week to a six-day publication.

As the newspaper industry began moving into the computer age, Scott was instrumental in the Aiken Standard’s progress in that direction. He attended out-of-state training sessions with vendors and was heavily involved in the newspaper’s installation of computer systems and teaching the staff how to use the new technology.

Upon the retirement of Mr. Cothran, Scott was named publisher of the Aiken Standard in 1989, a position he held until his 2013 retirement. Early in his tenure as publisher, the newspaper became a seven-day-a-week enterprise.

He was also president of Aiken Communications Inc. which owned the local newspaper. As publisher he was instrumental in the company’s acquisition of North Augusta’s weekly newspaper The Star from its longtime owners Sam and Mim Woodring.

Scott was also active in his adopted community in a variety of civic capacities. He was an active member and elder at Aiken’s First Presbyterian Church. He served on and chaired the boards of the United Way of Aiken County, the Cumbee Center to Assist Abused Persons, First Steps and the Etherredge Center Orchestra. He also chaired the Child Advocacy Center board and recently served as co-chair of Stand Up for the Children, the capital campaign for Children’s Place.

Scott served as president of the Rotary Club of Aiken and the Aiken Kiwanis Club. During the City of Aiken’s strategic planning process in 1993, he chaired the Arts and Culture Committee, and in 1997 he was a member of Aiken’s All-America City Committee.

He began and spearheaded the Quality of Life group, an informal gathering that met monthly for lunch to discuss and resolve some community issues at the root-cause level.

In 1997 Scott was named Volunteer of the Year for the United Way of Aiken County. In 1998 he was awarded the Distinguished Citizen Award from USC Aiken, and in 2011 he was named the Man of the Year by the Greater Aiken Chamber of Commerce.

In 2013 during his retirement ceremony, Scott was presented with the South Carolina Silver Crescent award, the state’s highest civilian honor for significant contributions, leadership, volunteerism and lifelong influence within a region or community.

Scott loved golf and could often be seen playing in the early morning walking the course by himself at Palmetto Golf Club. He also cherished rounds that he played in Scotland, the home of his ancestors. He was a baseball fan who loved the Braves, but his heart was always with the Orioles from his home state. He cheered for the blue of North Carolina as well as the garnet and black of South Carolina – the two universities at which he studied. An avid reader, he was especially fond of British murder mysteries.

In addition to his wife, he was preceded in death by his parents, Dr. James (Jim) Hunter and Dorothy Louise Beale Hunter.

Scott is survived by his daughter, Eleanor Hunter of Aiken, and siblings Jamie Hunter of Olney, Maryland; Kristin Viands of Keene, New Hampshire; and Doug Hunter of College Park, Maryland.

He was grateful for the loving care provided him in his final months by dear friends Susan Hallman, Ellen Priest and Dee Taylor.

Also left behind are Scott’s two canine girls, Maggie and LJ, who provided him with great companionship.

Expressions of sympathy for the Hunter family may be left by visiting www.georgefuneralhomes.com

To send flowers to the family or plant a tree in memory of Scott Hunter, please visit Tribute Store
Friday
28
September

Share Your Memory of
Scott
Upload Your Memory View All Memories
Be the first to upload a memory!
Share A Memory
Send Flowers
Plant a Tree