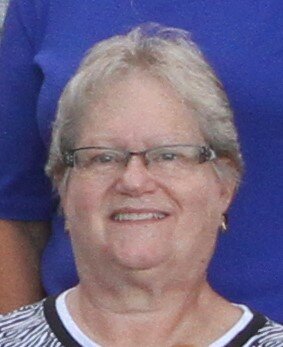 Please share a memory of Kristi to include in a keepsake book for family and friends.
View Tribute Book

She was born October 28, 1954 to Darold and Marjorie (Covert) Schlegel in McCook, Nebraska.  Kristi was a member of the Trinty Methodist Church in Culbertson, Nebraska.  She was raised on the family farm in rural Hitchcock County Nebraska where she was a 4-H member showing her horses, Snip and Mitzi and registered Shorthorn cattle.  Her involvement in the Nebraska Shorthorn Association culminated in her being named the Shorthorn Lassie Queen.  Kristi was a talented artist, focusing on drawing horses, and hand tooled leather work.

Kristi graduated from McCook Senior High School in 1973.  She continued her education at the University of Nebraska-Lincoln receiving her Bachelor of Science in Home Economics Education and Master of Science degree in Education and Family Resources.  While a student at UNL, Kristi was a member of the Cornhusker marching band and flag corp.  She also was a member and served as president of her sorority Epsilon Sigma Phi.

Employment with Clemson University Cooperative Extension Service brought her to Aiken, South Carolina in 1995 where she was the 4-H Youth Development Senior Associate County Agent.  She enjoyed working with young people and developed the “Horseless Horse Club” to provide children an opportunity to learn about horses.  Her last employment was will ACTS (Area Churches Together Serving) as an office clerk.

She was preceded in death by her parents; her brother, Douglas Schlegel; and grandparents, Floyd and Doris (Jennings) Covert and Willard and Helen (Nelson) Schlegel.

Celebrations of life will be held at a later date both in Culbertson, Nebraska and Aiken, South Carolina.

To send flowers to the family or plant a tree in memory of Kristi Schlegel, please visit Tribute Store

Look inside to read what others have shared
Family and friends are coming together online to create a special keepsake. Every memory left on the online obituary will be automatically included in this book.
View Tribute Book
Services for Kristi Schlegel
There are no events scheduled. You can still show your support by sending flowers directly to the family, or planting a memorial tree in memory of Kristi Schlegel.
Visit the Tribute Store

Share Your Memory of
Kristi
Upload Your Memory View All Memories
Be the first to upload a memory!
Share A Memory
Send Flowers
Plant a Tree