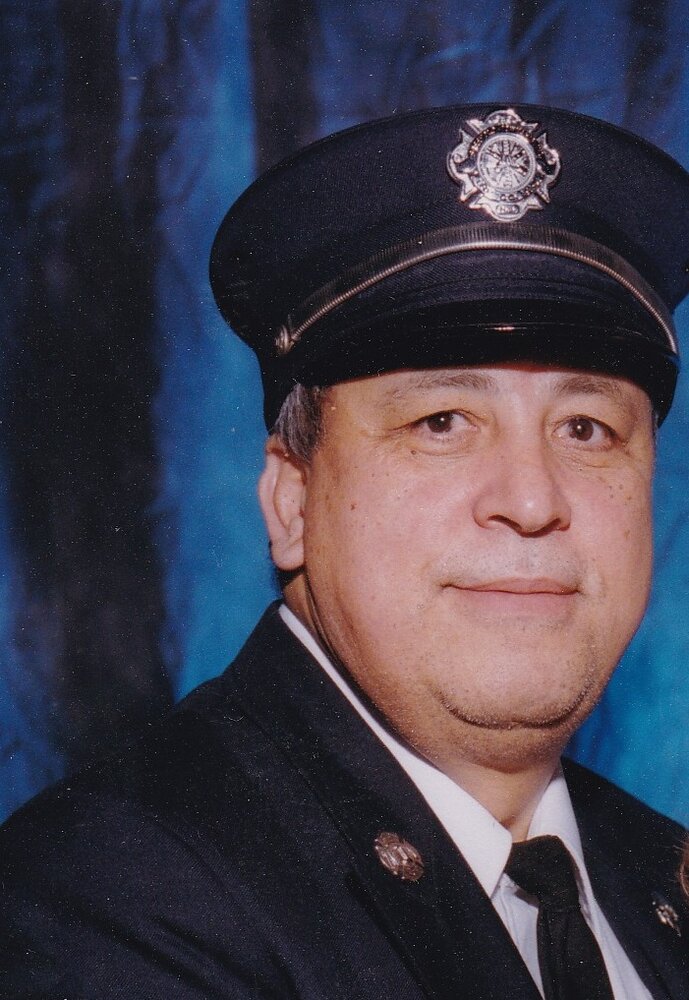 Obituary of Flor I. Cordero Jr.

Please share a memory of Flor to include in a keepsake book for family and friends.
View Tribute Book

Aiken, SC- Flor I. Cordero Jr., 75, entered into eternal rest on January 13, 2023 at home surrounded by the love of his wife and family after a long illness.

Flor (Junior) was born in Ponce, Puerto Rico on March 2, 1947 to his late parents Carmen M. Aviles and Flor I. Cordero Sr. He moved to Staten Island, New York where he met his loving wife of 53 years.

He was drafted into the US Army in 1967. He attended boot camp at Fort Jackson in Columbia, South Carolina and a tour in Seoul, Korea. He returned home and was hired by Con Edison-NRG to work at the Power Generating Plant in Arthur Kill Station on Victory Blvd, Staten Island, NY. He retired in 2012 Aiken, SC.

Previous to moving to Staten Island, NY Flor learned a skill from his uncle in Puerto Rico as a young boy doing body & fender work, welding and paint on cars.  Upon his move to Staten Island, NY, he was employed by Memoly Motors on Richmond Terrace and then onto Lembo’s Auto Body for many, many years even on his days off from Con Edison. He worked very hard for his family.

Flor and his wife Karen then moved their family to Belford, NJ in 1980. While living there for five years in Belford, NJ he became very active in Boy Scout Troop 144 as an Assistant Scout Master where he shared the love of scouting with his son, Raymond. Flor then moved his family to Freehold, NJ in 1986. It was there that he joined the volunteer Freehold Twp Independent Fire Co #1. He was also very active with the Monmouth County Fire Police for many years. He loved helping people wherever he was. He was available to lend a helping hand to his neighbors. He was a man that never complained about anything!

He was also a true “Do It Yourself Guy”. He built everything for his homes tool sheds, decks, gazebo, railings etc. He also taught his children those skills by assisting his daughter, Desma, renovate her homes. His son he taught auto mechanics and auto body painting. His hobbies were the love of fishing, woodworking, riding his Harley Davidson with his riding buddies. He enjoyed going to basketball and High School Football games with friends. He enjoyed food and music. Flor always had a big smile for anyone he met. He leaves behind aching hearts that can only be consoled by the beautiful memories we will treasure.

Flor is survived by his wife and soulmate Karen Cordero(née Heuser). His daughter Desma Cordero. His son Raymond Cordero Sr (Deanna Alexander). Three grandchildren Manuel Flores, Alexis Kennedy (Robbie), and Raymond Cordero Jr and One great grand child Savannah Flores and his brother in Puerto Rico, Jose Cordero (Lily). He will be missed lovingly by all his in-laws, many many nieces and nephews, extended family members, and the many friends he's made and kept throughout his wonderful life.

Visitation will be on Friday, January 27, 2023, at George Funeral Home on Park Ave, Aiken, SC from 2 p.m. - 4 p.m. and a Prayer Service will be held Friday evening at 6:15 p.m. with visitation following until 8 p.m. at George Funeral Home.   A Requiem Mass will be celebrated at St. Mary Help of Christians Catholic Church on Park Ave, Aiken, SC on Saturday, January 28, 2023, at 1 pm. Private interment in Southlawn Cemetery at a later date.

In lieu of flowers, memorial contributions may be directed to The Joseph M. Still Burn Center at Doctor's Hospital, 3651 Wheeler Rd., Augusta, GA 30909.

To send flowers to the family or plant a tree in memory of Flor Cordero Jr. , please visit Tribute Store
Friday
27
January

Share Your Memory of
Flor
Upload Your Memory View All Memories
Be the first to upload a memory!
Share A Memory
Send Flowers
Plant a Tree