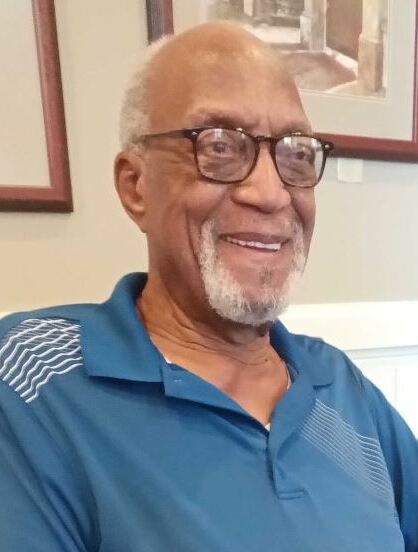 Please share a memory of Jimmie to include in a keepsake book for family and friends.
View Tribute Book

Jimmie Edgar Morgan, 85, widower of the late Ruby Carol McCoy Morgan, passed away at his residence on Christmas Eve following an illness.

Born in Little Rock, Arkansas on September 29, 1937, Mr. Morgan was a son of the late Squire B. & Ethel Dillahunt Morgan. Mr. Morgan was a United States Navy Veteran and  was a retired Special Coordinator with the City of Los Angeles. He met and married Mrs. Morgan in 1985 and they moved to Aiken in 1997. They were members of Woodside Plantation Country Club. Jimmie was an avid golf player and had served as an instructor for golf at the Woodside Plantation Country Club. In addition, he was involved with the Aiken Little Theatre where he performed in the plays, “Who’s Your Caddy” and “On Golden Pond”

Jimmie will be lovingly remembered by his daughter, Paula Christian of Acworth, GA; and a sister, Jacqueline Smith of Little Rock, AR.

In addition to his parents and his wife, Mr. Morgan was pre-deceased by 2 brothers, Leslie Morgan & John Lee Parrish.

A Celebration of Life will be held at a later date.

Memorials may be made in Mr. Jimmie’s memory to the National Kidney Foundation, 11921 Rockville Pike, Suite 300, Rockville, MD 20852 or to the BrightFocus Foundation for Macular Degeneration, 22512 Gateway Center Drive, Clarksburg, MD 20871.

Online expressions for sympathy for the family may be left by visiting www.georgefuneralhomes.com.

To send flowers to the family or plant a tree in memory of Jimmie Morgan, please visit Tribute Store

Look inside to read what others have shared
Family and friends are coming together online to create a special keepsake. Every memory left on the online obituary will be automatically included in this book.
View Tribute Book
Services for Jimmie Morgan
There are no events scheduled. You can still show your support by sending flowers directly to the family, or planting a memorial tree in memory of Jimmie Morgan.
Visit the Tribute Store

Share Your Memory of
Jimmie
Upload Your Memory View All Memories
Be the first to upload a memory!
Share A Memory
Send Flowers
Plant a Tree