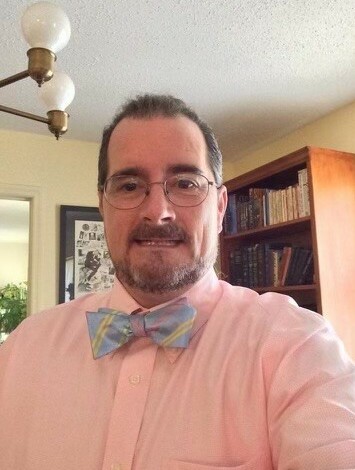 He served in the United States Navy aboard the USS Cincinnati MM1/SS/ERS. He finished his military time as a Master Training Specialist in Orlando, FL. After his time in the Navy, he had a very successful career conducting a Job and Task Analysis for Con Edison of New York; he developed & implemented Computer Science training for homeschoolers; building an Information Security Program for Idea Integration, Corp.; developing & implementing technical training for companies such as Nabisco, Blue Cross/Blue Shield, American Family Life Assurance Company of Columbus (AFLAC), Hewlett Packard and others. He worked for Savannah River Nuclear Solutions (SRNS) as a Training Specialist. He was an intricate part of the merger between AT&T and Cingular Wireless. He was an avid DC and Marvel comic book collector along with statues, figurines and individual art pieces. Speed Racer was always his favorite. He became Catholic after studying for many years the ancient religions. At St. Mary's Help of Christians, he worked with the Lifeteen program, and served as a Lector and an Extraordinary Minister taking communion to seniors at the local nursing homes. He was a member of the Sons of American Revolution, Laurens Chapter and a member of the American Legion.

He traced the Magruder family to the McGregors to Perth Parrish in Scotland, He was also, a descendent of the Coyles and the Cains in Ireland. He's a member of The Clan Gregor Society. His family came to the United States in 1652 where the Jacobites were captives of the Battle of Worchestershire. Notable grandparents include: Howard Benton Magruder was a Constable during the American Revolution and Edward Magruder was in the United States Navy, whose records were destroyed during the Civil War.

A Requiem Mass will be celebrated at Old Historic St. Mary’s Help of Christians Church, Park Ave. at 11:00 a.m. on Wednesday, August 17, 2022, with The Very Rev. Father Gregory Wilson as Celebrant.

In lieu of flowers the family asks that donations be made to St. Mary’s Help of Christians Youth Ministry.

Share Your Memory of
John
Upload Your Memory View All Memories
Be the first to upload a memory!
Share A Memory