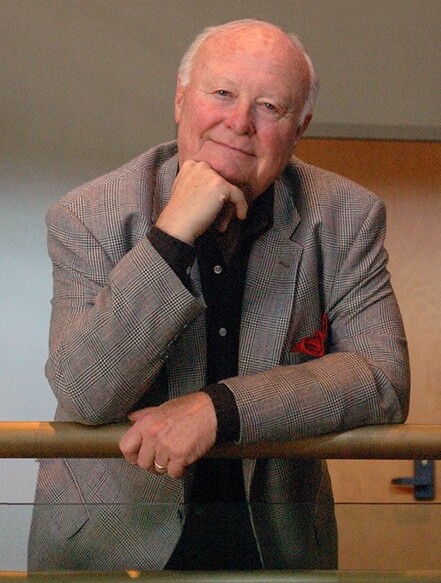 Please share a memory of Thomas to include in a keepsake book for family and friends.
View Tribute Book

Thomas C. Hofstetter, a bold soul, who dedicated much of his life to enriching his community, died peacefully on June 14 in Aiken, SC. He was 90.
The son of a Baltimore City Gas Company engineer and a schoolteacher, Tom grew up in the Northwood neighborhood of Baltimore, the elder child of Cruse and Ethel Hofstetter. After graduating high school at Baltimore City College, Tom majored in history at Washington College where he earned a Bachelor of Arts degree. Tom then went on to attend the University of Maryland Law School. Drafted into the Army at the conclusion of the Korean War, Tom completed his training, learning to speak Korean, at the US Army Intelligence School, Fort Holabird, MD. Stationed in the Far East for two years, Tom served as an undercover, CIC agent in Japan and Korea. This period in his life truly ignited Tom’s sense of adventure.
Upon returning home, Tom decided to become a newspaper reporter and obtained press credentials from a small-town newspaper, the Frederick, MD “News & Posts”. His first assignment was to travel to Havana, Cuba to report firsthand on the Cuban Revolution. However, after picking himself up off the floor following a restaurant bomb blast and experiencing “nasty looking weapons pointed in my face from the roof of the Presidential Palace”, Tom recalled that he “saw the light” and re-arranged his schedule for the next flight home.
Back in Baltimore, Tom pursued a career in sales with Dunn & Bradstreet Corporation and transitioned into the brokerage business with Merrill Lynch in 1958. He quickly rose through the ranks and was recruited by Walston & Company to open and manage the firm’s first mid-Atlantic brokerage office. Tom went on to become Walston’s National Sales Manager.
Tom first met his future wife, Sally, while attending a Sunday morning service at Mount Vernon Place Church in Baltimore. Embracing his adventurous side, Tom proposed to Sally that very same day and she said Yes! They married at Mount Vernon Place Church and their love affair continued for 62 years. Devoted to making a difference in his community, Tom volunteered his time and held leadership positions throughout Baltimore including the Baltimore City Jail Board, the Baltimore Airport Planning Commission, the Fort McHenry National Monument, the Baltimore Jaycees, and the Baltimore Tourism Commission. Tom worked closely with Maryland’s Governor and Baltimore’s Mayor on numerous marketing and economic initiatives, his efforts culminating in a run as the Republican candidate for Maryland’s 7th US Congressional District in 1964.
Tom and Sally relocated their young family to Westport, CT in 1969 when Tom was promoted to Vice President of Walston & Company at its Wall Street headquarters and became active at the New York Stock Exchange. Tom led the Exchange’s first National Marketing Conference and was pivotal in the Exchange’s expansion into insurance and annuity products. Following a successful career in New York, Tom opened Westport’s first brokerage office and built an extensive brokerage presence in Fairfield County for Shearson Hayden Stone which later became Smith Barney, serving as Vice President of Investments. Tom’s sense of adventure never faded, he and Sally traveled throughout Europe including Hungary and Slovenia prior the fall of the Iron Curtain. Tom also sailed extensively, traversing the Long Island Sound in his much-loved sailboat Anglesey from her mooring in Compo Beach Harbor.
While residing in Westport, Tom served as president of Westport’s Little League Baseball and founded the Sunrise Rotary Club. He served as Chief of the Tanka Tiki Indians - YMCA Indian Guides, board member of the Westport - Weston Foundation, founding board member of the Westport Historical Society, deacon at Greens Farms Congregational Church, two-term master of Masonic Lodge #65, president of the Norwalk Symphony Orchestra and chairman of the board of Ashlar of Newtown Inc., a skilled nursing facility and one of Newtown’s largest employers.

Tom and Sally relocated to Aiken, SC in 1998 to retire and Tom devoted his efforts to promoting the arts in the greater Aiken-Augusta area. Tom served as president of the Augusta Opera, co-founder and past chairman of the Aiken Symphony, founder of the Aiken Opera Society and trustee of Friends of Hopelands and Rye Patch, Inc. Tom’s early commitment to expanding musical performance offerings in Aiken inspired him to create Aiken Performing Arts, introducing the Julliard Jazz Orchestra to Aiken in 2005. Tom brought other world class artists to Aiken including the National Symphony Orchestra and renowned mezzo soprano Frederica Von Stade. His passion for creating outreach opportunities, throughout the CSRA, included master classes and “Instruments in the Attic” which supported student musicians in underserved communities.
Throughout retirement, Tom spent time at his Vermont cabin of 30 years, exploring the back country of the Green Mountain State and embracing adventures that took he and Sally from Caribbean to Russia, from the Cape of Good Hope to the high Artic. Tom became a scholar of Artic history and collector of Inuit art, traveling extensively by light aircraft and Russian icebreaker to the far reaches of the Artic rarely seen.
An erudite gentleman, incurable romantic, voracious reader, patriotic veteran, historian, adventurer, train enthusiast and a lifelong Baltimore Orioles fan, Tom’s passion for classical music, fondness for all things Vermont, and love of family knew no bounds. A beloved husband, father, grandfather and brother, Tom is survived by his wife of 62 years, Sally Hofstetter, his sister Joyce May, son Thomas C. Hofstetter III, daughter Kimberly H. Dracon and five grandsons.
Funeral services will be held on Saturday, June 25 at 11am, St. John’s Methodist Church, 104 Newberry St. NW, Aiken, South Carolina. The family will greet friends following the service at the Green Boundary Club, Aiken. Tom will be laid to rest on Thursday, June 30 in Westport, CT at a private, family burial.
In lieu of flowers, memorial donations are appreciated in support of the Aiken Symphony Orchestra, 262 East Gate Drive, #440, Aiken, SC 29803.
The Historic George Funeral Home and Cremation Center, 211 Park Ave SW, Aiken, SC (803) 649.6234 has charge of arragements.

To send flowers to the family or plant a tree in memory of Thomas Hofstetter, please visit Tribute Store
Saturday
25
June