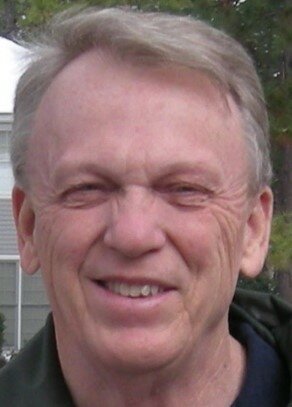 Please share a memory of William to include in a keepsake book for family and friends.
View Tribute Book

Bill was born in Greenville, SC, the son of the late William Rowley Dill, Sr., and the late Kate Greer Dill.  He was reared in Greenville and graduated from Parker High School.  Bill attended Clemson University and graduated with a Bachelor of Science degree in Electrical Engineering.  He worked in South Carolina and then North Carolina for a total of nineteen years before returning to South Carolina to work at the Savannah River Site for 24 years before retirement in 2012.  Bill and his ex-wife Lorraine raised two children, a son Brian and a daughter Karen.  In earlier years, he enjoyed sailing and bicycling.  After becoming single and meeting Sherry, the new couple took several vacations traveling in the western US, Canada, Alaska, and Hawaii.  Some were hiking vacations and some were leisurely bus tours.  Later, Bill and his son Brian enjoyed attending Clemson football games and USC Aiken baseball games.  Also, going out to the movies was a favorite pastime.  Bill was a mild mannered but social and friendly person who also enjoyed simply staying home.

He is survived by Sherry Norton of their home in Aiken; his son Brian Dill of Lexington, SC; and his sister Kitty (Don) Thielke, both of Greenville, SC.  In addition to his parents, he was preceded in death by his daughter Karen Dill and his nephews Chris Thielke and Russell Thielke.

In lieu of flowers, memorials may be sent to Aiken Regional Medical Centers, or contact USC Aiken to contribute to a nursing scholarship fund.  Bill wishes to thank everyone at ARMC for all the fine care given to him during various illnesses.

To send flowers to the family or plant a tree in memory of William Dill, Jr, please visit Tribute Store
Saturday
23
April

Share Your Memory of
William
Upload Your Memory View All Memories
Be the first to upload a memory!
Share A Memory
Send Flowers
Plant a Tree