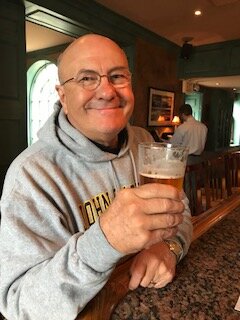 Rick obtained a Bachelor of Science in Economics from John Carroll University, Cleveland, Ohio. He built a career in the insurance industry working for the Hartford, UNUM and finally retiring from Janney Montgomery Scott March 2019. Rick’s outgoing, gregarious personality perfectly suited his sales career, at which he excelled.

Rick retired with his beloved wife Janet in 2019 to Aiken, South Carolina. The Reserve Club offered him the opportunity to continue his passion for golf where he added another hole in one to the four he had already accumulated after the age of 60. Two aces were at Plymouth Country Club and two aces were at Springford Country Club, both in the Philadelphia area.

To send flowers to the family or plant a tree in memory of Richard Roberts, please visit Tribute Store

A Memorial Tree was planted for Richard
We are deeply sorry for your loss ~ the staff at George Funeral Home & Cremation Center
Join in honoring their life - plant a memorial tree
Services for Richard Roberts
There are no events scheduled. You can still show your support by sending flowers directly to the family, or planting a memorial tree in memory of Richard Roberts.
Visit the Tribute Store