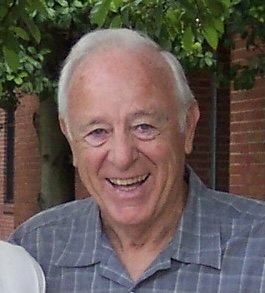 John “Jack” Griffith was born May 4, 1934 to the late John Henry Griffith and Evelyn Grace Griffith. He was baptized and grew up in Ligonier, PA. He was a graduate of Penn State University. Mr. Griffith was a Lt. Colonel of the US Air Force and retired as Base Civil Engineer at Harrisburg, PA Air National Guard. He enjoyed golf, flying, watching football, dancing, traveling, and working on cars. He had been a resident of Aiken for the past six years.

In addition to his parents, he was preceded in death by his wife, Kathleen Griffith; and two daughters.

Memorial contributions may be directed to Parkinson’s Research (www.parkinson.org/).

To send flowers to the family or plant a tree in memory of John Griffith, please visit Tribute Store
Saturday
15
May

Share Your Memory of
John
Upload Your Memory View All Memories
Be the first to upload a memory!
Share A Memory
Send Flowers
Plant a Tree