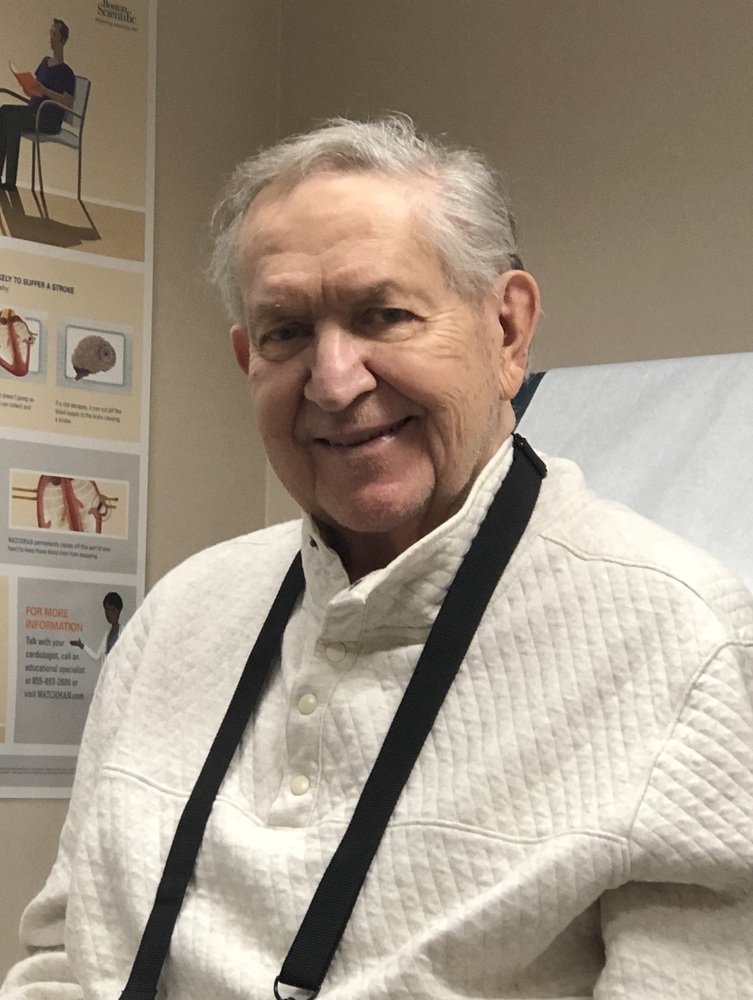 AIKEN, SC – It is with a heavy heart that we mourn the passing of our beloved husband, father, and friend, James Laval Bland, MD, JD, of Aiken, SC on April 13, 2021. We celebrate the monumental impact Dr. Bland’s giant heart and caring nature had on his family, friends, and the thousands of patients' lives helped throughout his sixty years of practicing medicine in Aiken, SC.

Dr. Bland’s passion in life was serving others. “People don’t care how much you know until they know how much you care” was Dr. Bland’s core philosophy driving his approach to patient care.   This care-first approach in his medical practice is a direct result of the love, caringness, and generosity of how he treated his family and friends. Anyone who had the honor and privilege to know and experience the tenderness of his heart and warmth of his smile are forever grateful.

Dr. Bland was born in the small town of Sylvania, GA on July 26, 1935. At the young age of twelve, his father passed away immediately transforming him into a father figure for his younger brother of eight years and thrusting him into a head of house role helping his mother. Dr. Bland worked a number of jobs including his first one at the local Firestone store to help support his family. Even with this load of responsibility at such a young age, he was very active in the Boy Scouts of America and rose all the way through the ranks to Eagle Scout.

Dr. Bland’s propensity for caring for and serving others was heavily influenced by his mother, grandmother, the three physicians living in his neighborhood, and his childhood minister, all of whom he adored. He was a man of faith that faced a tough decision on how best to execute God’s call to serve - either through the ministry or in the medical field, the latter which he chose.

For his undergraduate studies, Dr. Bland chose North Georgia College because it had the best chemistry and biology program in the state. Dr. Bland’s childhood minister personally carried him off to school for his freshman year. While in undergrad, Dr. Bland played the saxophone in the band and was a member of the ROTC program. Dr. Bland was judicious in his studies finishing his bachelor’s degree in just 3 years.

Following his time at North Georgia College, Dr. Bland commissioned in the Army, joining as a 2nd Lieutenant. Dr. Bland shortly thereafter enrolled into Medical School at the Medical College of Georgia in September of 1956, graduating in May of 1960 with his Doctor of Medicine degree.

After medical school, Dr. Bland practiced medicine in the Army at Fort Sam Houston in San Antonio, TX followed by Fort Gordon in Augusta, GA. While practicing at Fort Gordon, Dr. Bland started building his first medical practice in New Ellenton in the mid 1960s. Dr. Bland was honorably discharged from the Army with the rank of Captain before going into full-time practice as a Board Certified Family Practice Physician in New Ellenton. Throughout running his practice in New Ellenton, Dr. Bland served as a lay witness mission leader and donated a lot of his time to the church. Dr. Bland also served as the Chief of Staff and Chairman of the Board of the “new” Aiken Hospital in the early 1980s.

Dr. Bland’s New Ellenton practice continued until 1985, when he decided to take the giant leap into the legal profession starting law school at the University of South Carolina in Columbia.

Following graduation from law school in December 1987, Dr. Bland worked as an associate at the Johnson, Buchanan, and Beasley law firm running a general litigation practice while still continuing to serve others by practicing emergency medicine at the Barnwell County hospital until 1997. On top of his law and legal practices, Dr. Bland was involved in local politics and served on the Aiken County Council and ran for United States Congress in 1992. In 1997, Dr. Bland decided to refocus on the practice of medicine by starting Family Health Care on Whiskey Road next to Duke’s BBQ.

The mountains of North Carolina were another love of Dr. Bland. He spent many weekends, vacations, and free time enjoying the cool brisk air, beautiful autumns, and cold snowy nights sitting by the fireplace surrounded by friends and family. His love for the mountains and passion for serving others led him to dedicate part of his time working at the free health clinic in Newland, NC for nine years until 2012 while maintaining his practice in Aiken. Dr. Bland also served as the President of the American Society of Bariatric Physicians from 2009 - 2010.

Dr. Bland spent his entire life taking care of his family, friends, and patients, seeing his last patient in December 2020. Dr. Bland is the epitome of what is to be called a Husband, Father, Friend, and an Old Southern Gentleman Physician. He comes from a lost era of small town family physicians where patient care was the top priority regardless of the ability to pay, unlike the monolith institutions of modern medicine and specializations that we know and tolerate today. If someone needed help, Dr. Bland was there to serve.

There will never be another husband, father, friend, and doctor like Dr. Bland.

To send flowers to the family or plant a tree in memory of Dr. James Bland Sr. , please visit Tribute Store
Friday
16
April