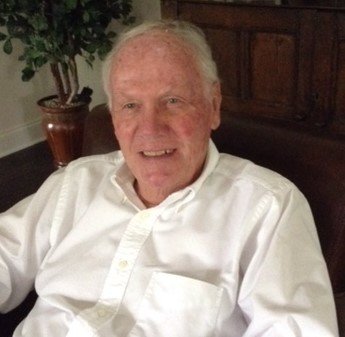 Bill was born in Highland Park, MI, a suburb of Detroit, MI to the late Harry Thomas and Bretna Lang Hirbe and was raised in Norwalk, OH. He joined the Marine Corps after high school and then pursued a 37 year career with Norwalk Furniture Company. Since Bill's father died when he was 8, Jack Gerken became his personal mentor, hiring Bill to fill different positions with Norwalk Furniture. Bill became a Sales Representative then went on to become Vice President of Franchising.

When Bill found an interest in something, he studied it, researched it, practiced it and mastered it. He enjoyed his sailboat, Valhalla, sporting clays, grouse hunting, cooking, golf, reading, world history and politics.
In 1991 he married Daneen Andrews. Their marriage was a true love affair, starting on the shores of Catawba Island, OH and spreading to Nantucket; Lake Como, Italy; Tequesta, FL; and Gasparilla Island, FL.

He celebrated the Marine Corps birthday and held a deep devotion to God and his country. He was a true Patriot.

Share Your Memory of
Bill
Upload Your Memory View All Memories
Be the first to upload a memory!
Share A Memory
Send Flowers