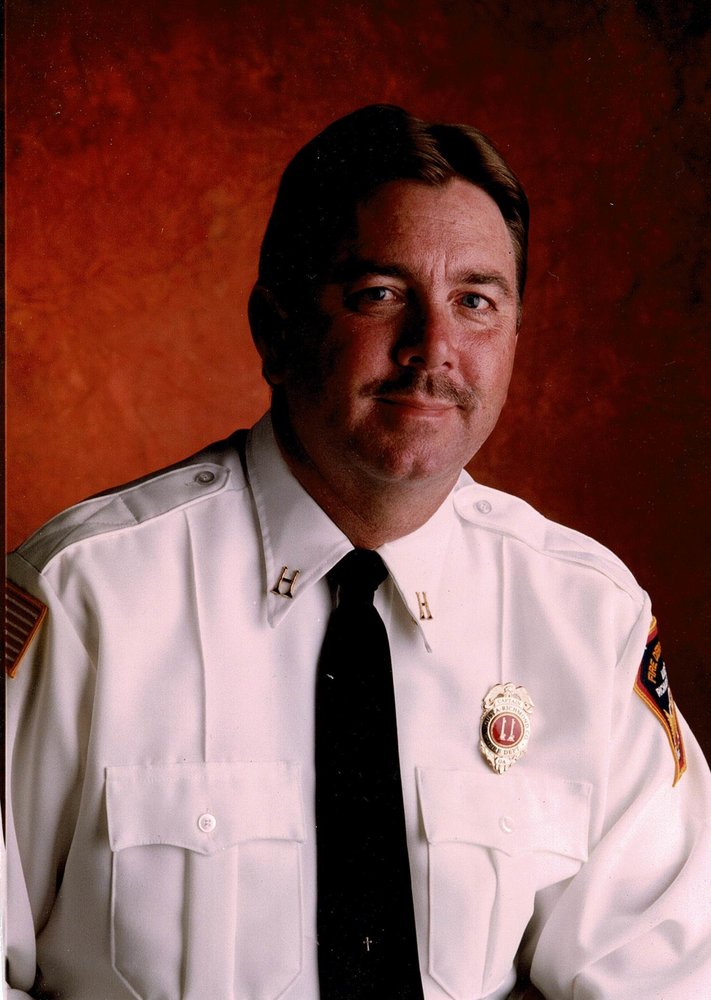 Born in Oakland, CA on January 8, 1953, he was the son of Mrs. Roseanne Hubbard Cooper of Aiken and the late retired Director of Aiken Department of Public Safety, James C. Busbee, Sr. Shortly after his birth, his family moved to Aiken, SC where he would live the remainder of his life. Following in the footsteps of his father, Mr. Busbee also served with distinction the community of Augusta, GA and retired as Fire Captain with the Augusta-Richmond Fire and Rescue Department. In addition, he also worked with Gold Cross Ambulance Service for over 20 years.

Surviving in addition to his mother are his son, James Clinton Busbee, of Aiken, SC; a brother and sister-in-law, Clarence Steve & Debbie Busbee of Aiken; and 2 granddaughters, Brittany Noel Busbee and Haven Nicole Busbee both of Aiken. Mr. Busbee is also survived by numerous nieces and nephews as well as extended family whom he loved greatly.

In addition to his wife and father, Mr. Busbee was pre-deceased in death by a brother, Robert F. Busbee and a sister, Carrolanne Busbee Proto.

In lieu of flowers, memorials may be made to the Joseph M. Still Burn Center at Doctors Hospital, 3651Wheeler Road, Augusta, GA 30909

Online expressions of sympathy for the Busbee family may be made by visiting www.georgefuneralhomes.com

To send flowers to the family or plant a tree in memory of James Busbee, Jr., please visit Tribute Store
Saturday
20
February

Share Your Memory of
James
Upload Your Memory View All Memories
Be the first to upload a memory!
Share A Memory
Send Flowers