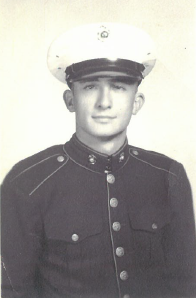 Mr. Novotny was born October 30, 1931 in Astoria, NY to the late William and Anna Novotny. He proudly served his country in the US Marine Corps during the Korean Conflict. He retired from IBM in 1992 after seventeen years of employment. He has been a resident of Aiken since 2000, having previously lived in Sun City, SC. Mr. Novotny was a member of the Marine Corps League Detachment #939.

In addition to his parents, he was preceded in death by two sisters, Bernadette Germain and Doris Ahern; and a brother, William Novotny.

The family will receive friends beginning at 1:00 p.m. on Tuesday, January 5, 2021 at George Funeral Home with a Funeral Liturgy being held at 2:00 p.m. in The George Funeral Chapel. Entombment will follow in Southlawn Cemetery with Military Honors. Pallbearers will be Philip Novotny, Jeremy Richards, Daniel Davenport, Joe Featherston, Lou Hutchinson, and Ricky Lynn. Honorary Pallbearers will be the members of the Marine Corps League Detachment #939.

Memorial contributions may be directed to the Albrecht SPCA Center for Animal Welfare or the Marine Corps League Detachment #939.

To send flowers to the family or plant a tree in memory of Philip Novotny, please visit Tribute Store
Tuesday
5
January

Share Your Memory of
Philip
Upload Your Memory View All Memories
Be the first to upload a memory!
Share A Memory
Send Flowers