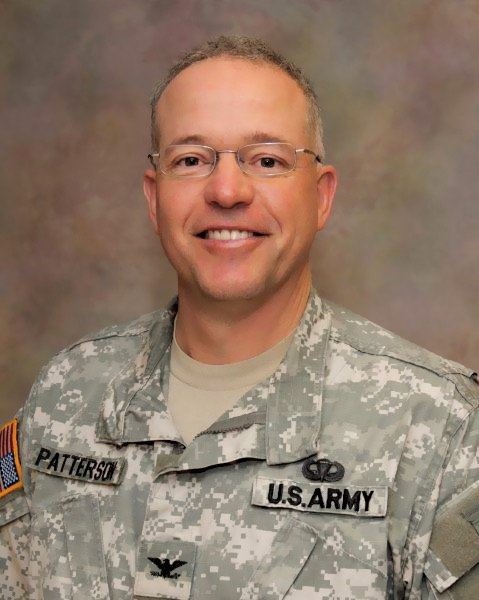 George Edward Patterson, age 55, suddenly and unexpectedly passed from this life to the next on
Monday, December 21, 2020.

George is a 1983 graduate of Chambersburg Area  Senior High School. He obtained a BS in Chemistry from the United States Military Academy (USMA) at West Point in 1989 and a Doctorate in Medicine from the Uniformed Services University of Health Sciences (USUHS) in 1993. Prior to entering USMA, George served as a PFC in the United States Army working as a Chemical Laboratory Specialist. Upon graduation from USUHS George remained on active duty as a Family Medicine Physician serving in various medical/leadership roles for 21 years and retired with the rank of Colonel in 2014.

George’s passions and pastimes included: singing; hunting; playing soccer, golf (3 hole in ones); and card games (mostly poker); and he was an avid football fan of West Point, Penn State and the Pittsburgh Steelers. His greatest passion was collecting friends and serving people, and he did this everywhere he went. George also maintained membership at the Reserve Club at Woodside Plantation, Aiken, SC.

George was preceded in death by his father; his brother, Daniel; and his mother.

Services will take place on Monday, October 18, 2021 at 10:00 a.m. at the West Point Cemetery at the United States Military Academy, West Point, NY.

In lieu of flowers, donations may be made to the Gary Sinise Foundation
(https://www.garysinisefoundation.org/donate), or Can Hope of South Carolina (https://canhope.life).

To send flowers to the family or plant a tree in memory of George Patterson, please visit Tribute Store
Monday
18
October

Share Your Memory of
George
Upload Your Memory View All Memories
Be the first to upload a memory!
Share A Memory
Send Flowers
Plant a Tree