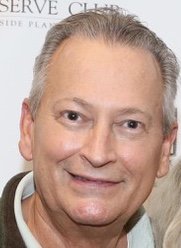 Larry was born April 13, 1951 in Milwaukee, Wisconsin to the late Harry Blaine Gore and Florence Virginia (Ramsdell) Gore. In addition to his parents, Larry was preceded in death by his first wife, Victoria F. Gore.

Larry had a strong faith in God and was a member of Peace Lutheran Church in Aiken, SC. He was the center of strength for his family.

He was Honorably Discharge from the Air National Guard of The State of Wisconsin and the Reserve of The United States Air Force in May 1976 and he graduated from the University of Wisconsin-Milwaukee.

Larry, (aka, Bubba, as his twin sisters called him) was a hard worker, never idle and a budding entrepreneur. He could converse intelligently with anyone on almost any subject. He had many business successes, most notably earning twelve trips to Hawaii, his favorite destination, while working with IBM.

He enjoyed life to the fullest. He loved traveling around the world, sports (especially the Green Bay Packers), collecting coins and antique cars.

Larry did not define himself by his material successes but by being kind, generous and loving to everyone.  His was a life well lived and will always be remembered by those who knew him, most especially his loving family.

At his request, no services will be held.

Memorial contributions in his memory may be made to Prostate Cancer Research.