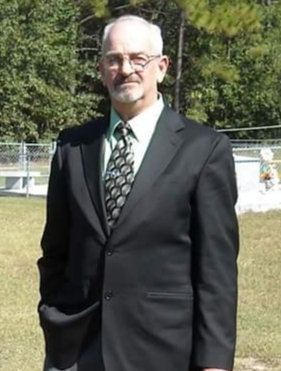 LANGLEY, SC – Ronell Henry Scott, age 75, passed away peacefully at home while surrounded by his loving family on Thursday, March 19, 2020.

Ronell was born September 7, 1944 at home in Langley, SC to the late Robert Grady Scott Sr. and the late Ruby Lee Beck. He was a life-long area resident and was an avid outdoorsman. Ronell enjoyed hunting, fishing, and was a master woodworker. He also enjoyed searching for Native American arrowheads with his brother and metal detecting.  He was a member of Bath First Baptist Church and retired from Graniteville Company.

In addition to his parents, he was preceded in death by his stepfather who raised him, Roland W. Beck Sr.; two brothers, Roland W. Beck Jr. and Robert Grady Scott Jr.; an infant sister, Ronda Fay Beck; and a great-grandson, Canaan James Deas.

Funeral services will be held privately.

Memorial contributions may be made to the American Cancer Society, PO Box 22478, Oklahoma City, OK 73123.

Share Your Memory of
Ronell
Upload Your Memory View All Memories
Be the first to upload a memory!
Share A Memory
Send Flowers