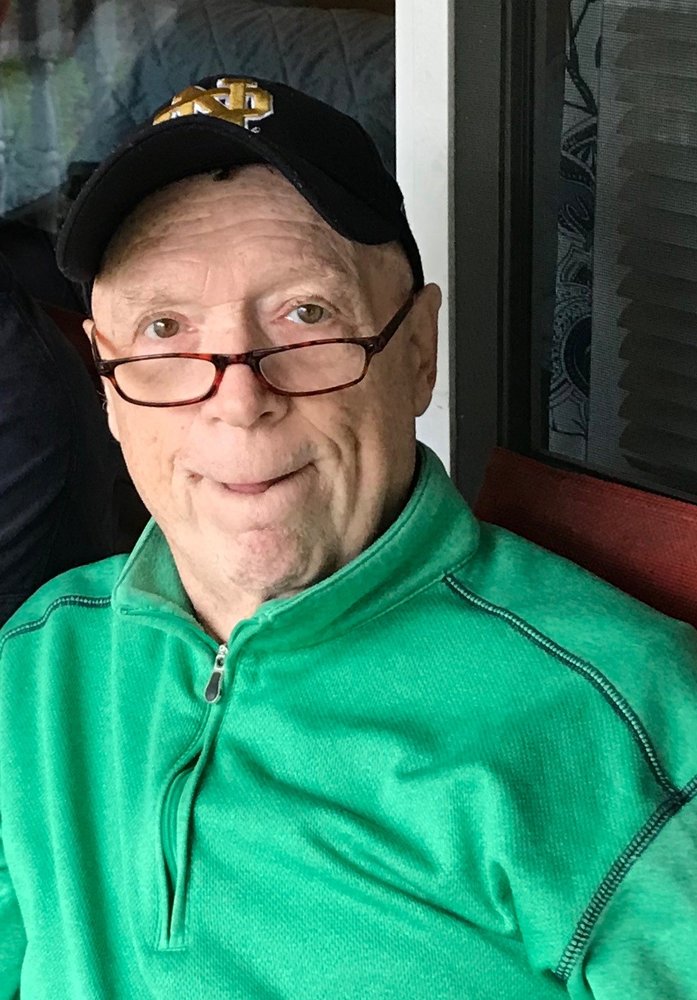 AIKEN: John Lee Perkins, 76, husband of Joan N. Weymouth Perkins, of Aiken, and formerly of Fitchburg, MA, passed away peacefully on March 10, 2020 at his home surrounded by his family.

Born June 25, 1943 in Lancaster, NH, he was the son of the late Gordon and Lillian Caulkins Perkins.  He was the oldest of four boys.

Jack, as he was called by his family and friends, graduated from St. Bernard’s Catholic High School in 1961.  He enlisted and proudly served in the United States Army.  While stationed in Germany, he coached the Baseball League.

Jack had a loud, boisterous personality and endearing sense of humor.  He loved nothing more than spending time with his children and supported them wholeheartedly throughout their lives in both their athletic and career endeavors.  What Jack loved most was his grandchildren and telling them stories about his life growing up with his three brothers.  He was a die-hard Notre Dame football fan and enjoyed many crazy trips to South Bend with his brother Bob and family.

Jack was preceded in death by his parents and his brothers, Kerry and Robert.

Services for Jack will be held in Massachusetts at a later date.

Memorial contributions may be made in Jack’s memory to Kindred Hospice, 35 Varden Drive, Suite A, Aiken, SC 29803.

To send flowers to the family or plant a tree in memory of John Perkins, please visit Tribute Store

Memorial contributions may be made in Jack’s memory to Kindred Hospice, 35 Varden Drive, Suite A, Aiken, SC 29803.

Share Your Memory of
John
Upload Your Memory View All Memories
Be the first to upload a memory!
Share A Memory
Send Flowers