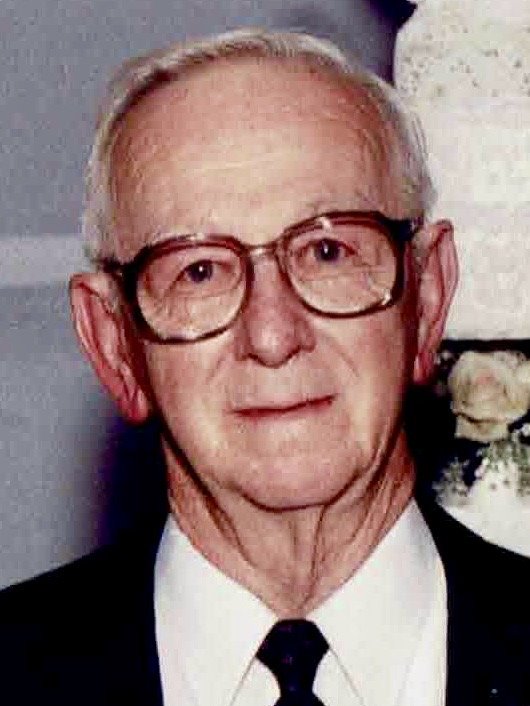 During his Naval career, he fought in the Battles of Coral Sea and Midway aboard the Carrier Yorktown during World War Il. After surviving the sinking of the Yorktown, he met his future wife, Kari Nanna Grimstad. They were married on January 21, 1944 and made their permanent home in Aiken, SC. His many tours included postings at Quonset Point, RI, Brunswick, Ga and Naval Station Sigonella, Sicily, Italy. He retired after thirty years of Naval service in 1970.

He then returned to Aiken and worked for the Aiken County Tax Commission for a number of years. Later he moved to Edisto Beach, SC and spent his summers in Highlands, NC. In 1989, he moved to West Columbia, SC. He and Kari enjoyed traveling in their RV, meeting new friends and seeing the United States. His final move was to Kyle, Tx in 2000. Until recently, he spent the winter months in Naples, Fl

During his Naval career, he flew many years as a flight crewmember on Navy antisubmarine planes. He also had an FAA pilot's license. He was an avid modeler of airplanes most of his life. He was quite the storyteller and never met a stranger.

He was predeceased by his parents, his loving wife of 65 years Kari G Brodie; his son, Jamie S Brodie; his brothers, Edward Brodie and Bonneau Brodie; his sisters, Susan Wharton and Ann Brodie and son-in-law, Russell P. Leckider.

Funeral services will be held at 1PM on Saturday, February 8th, 2020 at St. Thaddeus Episcopal Church, Aiken, SC with Father Joseph Whitehurst officiating. Burial with Military honors will follow in the Church cemetery.

Memorials may be made to The Alzheimer's Association or a charity of one's choice.

You can read LtCmdr Brodie's account of his time on the Yorktown at: https://www.pacificwar.org.au/Yorktown/YearaboardYorktown.html

Share Your Memory of
LCDR Judson
Upload Your Memory View All Memories
Be the first to upload a memory!
Share A Memory
Send Flowers