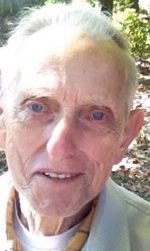 Leo was born October 19, 1930 in Connellsville, PA to the late Edward and Agnus Pieczynski. He proudly served his country in the US Army for over twenty years, retiring with the rank of SSTG E-6. He was stationed in Korea, Japan, and Germany while in the service among various other places. He has been a resident of the Augusta area since 1969. He enjoyed woodworking & making things. Leo was a long-time communicant of St. Mary on the Hill Catholic Church in Augusta, GA.

In addition to his parents, he was preceded in death by his wife, Alma Elizabeth Pieczynski.

The family will receive friends beginning at 11:00 am on Friday, January 10, 2020 in the Chapel of Hillcrest Memorial Park’s Mausoleum, Augusta, GA, with a graveside service being held at 12:00 pm in the cemetery. Military honors will be accorded by the US Army.

To send flowers to the family or plant a tree in memory of Leo Pieczynski, please visit Tribute Store
Friday
10
January

Share Your Memory of
Leo
Upload Your Memory View All Memories
Be the first to upload a memory!
Share A Memory
Send Flowers