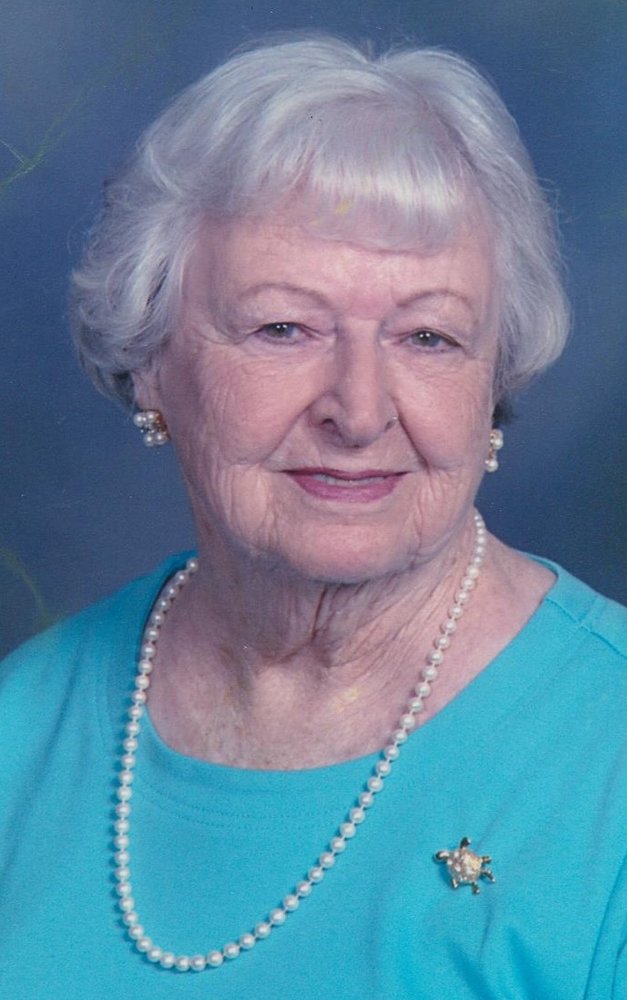 Mrs. Allen was born October 21, 1920 on farmland in central Illinois to the late George and Jessie Stevens of Greenview, IL. She married a military officer and traveled the world. They later settled in Augusta, GA where she became active in the business community. Mrs. Allen went to work at Marks Fabrics for Mr. Charles Marks and rose to be Vice President of Finance for Carole Fabrics.

Mrs. Allen was active in the Goshen Plantation Ladies Golf Association, Retired Military Officer’s Women’s Auxiliary, and enjoyed painting and numerous crafts. She was a member of the Seasoned Citizens of Hepzibah United Methodist Church.

A Celebration of Life service will be held at 1:00 PM Wednesday, May 29, 2019 at Hepzibah United Methodist Church. The family will receive friends beginning one hour prior to the service at the church. Interment will be private in Westover Memorial Park, Augusta, GA.

Flowers may be delivered to the church on the day of the service or memorial contributions may be directed to Hepzibah United Methodist Church, 4431 Brothersville Rd, Hephzibah, GA 30815.

The family wants to thank the staff of The Hills of Cumberland Village and Encompass Hospice for the loving care she received.

Expressions of sympathy for the Allen family may be left by visiting www.georgefuneralhomes.com

To send flowers to the family or plant a tree in memory of Helen Allen , please visit Tribute Store
Print
Wednesday
29
May