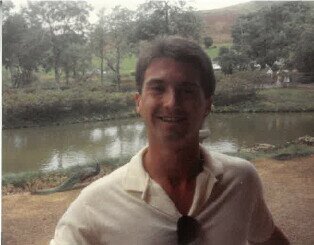 During John’s adolescent years, he began to build small scale models, especially of vintage tanks, a hobby which he continued as an adult. The fine motor skill this entailed served him well as a tile layer. A memorable part of his youth was spent in Nashville with Mrs. Self, where he attended at a Learning Differences School. Soon after he graduated, he worked with Chris Tibbits, who was the backdrop artist for the productions at Opryland. Later in life John worked on the beautiful grounds, as a landscape grounds keeper, at Opryland, a match for his artistic talents, sense of humor and theatrics where he met producers of the TV show Hee Haw.

John spent several years living in Nashville and then back in Cincinnati before relocating to Aiken, SC to be close to his sister, Mary Burdsall. It was Mary’s care giving, guidance and love that led to his redemption as a person. It was here that he perfected the trade of tile laying, maintained his own apartment, and began the pursuit of dreams delayed. John had the good fortune to have a boss who understood, respected, and mentored him. John’s reliability and skills led to his boss awarding him a Vespa moped which increased his independence further.

At age 54, John’s journey ended suddenly and tragically when he was hit by a truck on his way home from work on July 12, 2022.

The family asks that you make donations to a charity or cause of your choosing, in his name.

To send flowers to the family or plant a tree in memory of John Barbara, please visit Tribute Store
Friday
7
October

Share Your Memory of
John
Upload Your Memory View All Memories
Be the first to upload a memory!
Share A Memory
Send Flowers
Plant a Tree