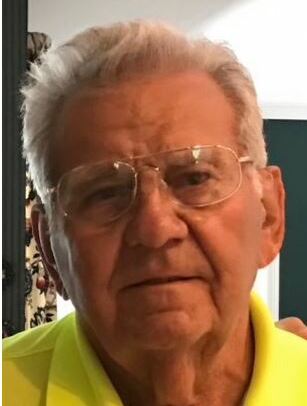 Please share a memory of Donald to include in a keepsake book for family and friends.
View Tribute Book

Mr. Donald Allen Gresh, Sr., 86, widower of the late Lynn Kamerer Gresh, passed away at his residence on Saturday evening, May 28, 2022.

Born in Mountaindale, PA on August 18, 1935, he was the son of the late Paul and Vivian Alexander Gresh. He was a retired Air Force veteran having served in the Korean War and was a member of First Baptist Church in Aiken.

After graduating from Slippery Rock College, Mr. Gresh started his career as a television tube salesman for Westinghouse in Pittsburgh, PA, and quickly rose through the ranks  in the lighting division, where he eventually became Marketing Manager in Vicksburg, MS in the mid 1970’s. He transitioned to Hubbell Lighting in 1980, where he was named the Vice President and General Manager of the lighting division in Christiansburg, VA. In 1985, he was promoted to Vice President and General Manager of Hubbell’s flagship division, Wiring Devices, in Bridgeport, CT. He later became Group Vice President of the corporation and elected to the Board of Directors. He retired from Hubble, Inc. in 2001 and relocated to Aiken, SC with his wife Lynn, where he enjoyed hunting, fishing and playing golf.

In addition to his parents and wife, Mr. Gresh was pre-deceased by his brother, Philip Gresh.

To send flowers to the family or plant a tree in memory of Donald Gresh Sr., please visit Tribute Store
Saturday
13
August