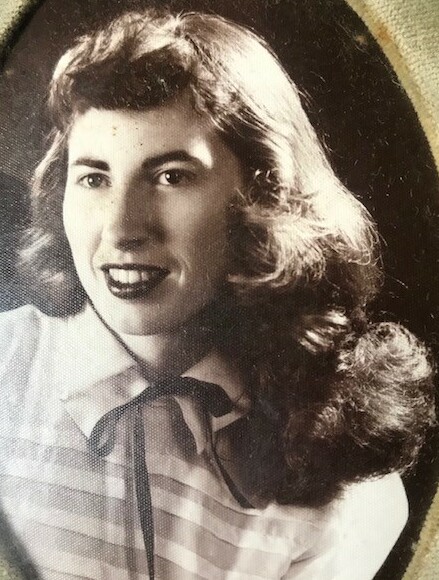 Please share a memory of Donnalee to include in a keepsake book for family and friends.
View Tribute Book

Donnalee Montrose McDonell, better known as “Duncan” died on March 30, at Benton House of Aiken, shortly before turning 95 years of age. She was born in Kenmare, North Dakota to Jessie Dunbar Lissaman and William Henry Lissaman, both of Brandon Manitoba, Canada.

From early childhood she was trained in piano, percussion and dance, and performed in those venues for many years. She especially enjoyed piano accompaniment for many professional vocalists such as Orland Heskin, tenor, well-known comedienne mezzo-soprano Anna Russell, and others.

Over the years Duncan modeled designer fashions, worked for photographers, taught Sr. English Literature in Wausau, Wisconsin, and was Director of Research for Waldi & Briggs Advertising Agency in Chicago. In 1955 she married William McDonell and joined him in Aiken, S.C. She was a member of First Presbyterian Church, a president of Town and Country, a docent at Augusta Historical Museum, timpanist with Augusta Symphony, and performed and recorded with fellow musician Eloise Twombly as “Aiken’s Twombly-McDonell Two Piano Duo”.

In 1977, with longtime friend Marilyn Brown, Duncan opened a downtown Aiken shop, Plum Pudding. With the help of their own children and a fine staff who became dear friends, Marilyn and Duncan owned and operated the store for 20 years.

Throughout her entire life, Duncan was a fine artist, often recording favorite scenes from her life and travel in her paintings, some of which won top honors. One of Duncan’s most frequent destinations was Hilton Head Island, where she, her husband and children enjoyed many family vacations. Her repeated travel to Santa Fe, N.M. and throughout the American Southwest with husband Bill informed her creativity and later painting style. She and Bill also enjoyed extensive travel to Europe and beyond, including Japan, Turkey, Greece, and Italy. A final excursion with Bill, daughter Laurie and granddaughter Claire included exploration of the San Juan and Gulf Islands, and the Inner Passage of Alaska. She was a loving and generous mother, wife and confidant, who enjoyed all forms of art, humor and good fun with her family and friends.

Duncan is predeceased by her husband Bill. Survivors include son James Dunbar McDonell of Folly Beach, daughter Melinda Laurie Roddick, son-in-law Brian Keith Wolahan and granddaughter Maria Claire Aguilar of Telluride, Colorado, granddaughter Jessica Mock and her husband Jason of Marietta, Georgia, and four great grandchildren. Duncan was a supporter of the Aiken SPCA, the American Cancer Society and many elephant and other wild animal charities.

To plant a beautiful memorial tree in memory of Donnalee McDonell , please visit our Tree Store

Look inside to read what others have shared
Family and friends are coming together online to create a special keepsake. Every memory left on the online obituary will be automatically included in this book.
View Tribute Book
Services for Donnalee McDonell
There are no events scheduled. You can still show your support by planting a tree in memory of Donnalee McDonell .
Plant a tree in memory of Donnalee

Share Your Memory of
Donnalee
Upload Your Memory View All Memories
Be the first to upload a memory!
Share A Memory
Plant a Tree