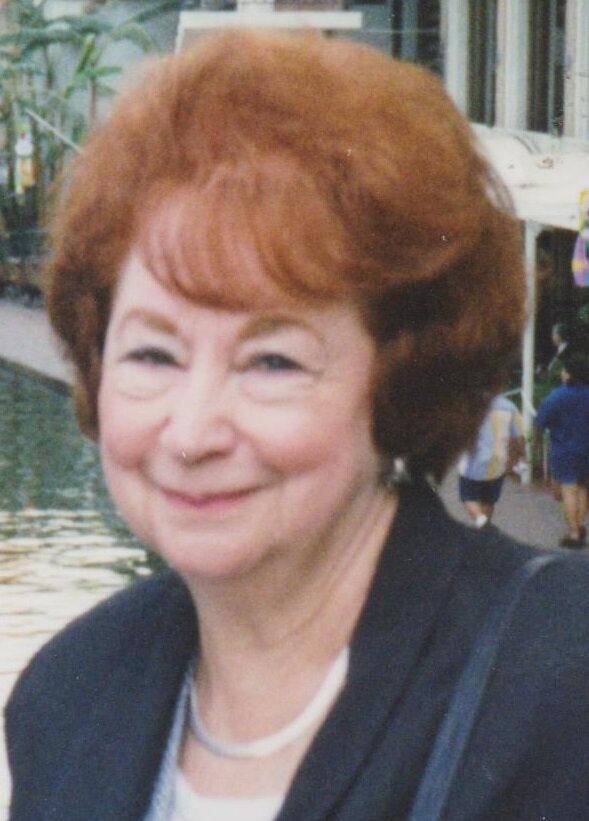 Please share a memory of Mary to include in a keepsake book for family and friends.
View Tribute Book

Mary Lou was born  August 17, 1931 in Logansport, Indiana, to the late Fred Thomas and Leila Chambers Martin. She was raised in Bloomington, Indiana with her brothers, George and John, where she was active in Job's Daughters and 4-H Service on the Home Front during WWII. Mary Lou was a charter member of the "Dirty Dozen plus Three," a group of girls whose friendship started, some in grade school, others in high school, and lasted a lifetime. She graduated from Bloomington High School in 1950, took business courses at Indiana University and was an Alpha Delta Omega sorority member.

At age 13, Mary Lou met a boy named Albert L. Bryant at a picnic in Lafayette, Indiana. Al's mother, in no uncertain terms, admonished him to "be nice to Mary Lou or else!" Taking the warning to heart, he later asked for her hand and they were married on March 22, 1953. It was the beginning of a love story and life journey that would span 60 years.

The first stop on the journey was Camp Atterbury, Indiana as a newlywed and Army wife. Soon they returned to Bloomington where, as a law enforcement spouse, Mary Lou welcomed three children and raised her family. She was a member of the Order of the Eastern Star, volunteered as a Brownie leader for a troop of 50 girls and worked in banking and insurance.
In 1966, she began a new chapter as a U.S. Foreign Service spouse, a career that would take her to many foreign lands. In Taiwan, Mary Lou volunteered at the Mackay Memorial Hospital, supported Christian missionaries and local orphanages. She took her children on many adventures, bravely traveling to places seldom visited by outsiders. In Brazil, she was active in the International Women's Group and supported missionaries working with indigenous tribes of the Amazon.

In 1971, the family returned to the U.S. and Mary Lou went to work at the Northern Virginia Training Center for the Mentally Disabled, rising to the position of Personnel Manager. In 1983, the Foreign Service beckoned again, and Mary Lou and Al returned to Southeast Asia. In Burma, she served as president of the American Women's Association, supported diplomatic corps families, and worked with local charities and orphanages. In Thailand, she worked with the International Support Group to the Thai Department of Public Welfare, providing wheelchairs and eyeglasses to the disabled and needy. While stationed in Laos, Mary Lou was active in and served as president of the International Women's Group. She received official recognition from U.S. Ambassador Victor Tomseth for her "tireless efforts to foster goodwill and understanding between members of the international community and the people of Laos."

Retiring to Aiken in 1996, Mary Lou and Al continued to travel the world and the U.S. visiting family and friends. Continuing a lifetime of devotion to the church, she became a member of St. Augustine of Canterbury Episcopal Church and joined the Daughters of the King. Shortly after her 90th birthday, her daughter asked, "If you could have chosen a different path in life, what would it have been?" Mary Lou replied, "I would have been a social worker." After a slight pause, a smile came to her face and she said, "Actually, I did get to be a social worker on a much wider scale, because I was able to help people all over the world."

Mary Lou, although seemingly unaware of the fact, was a force of nature who feared no obstacle or task. Whether it was finding someone to dye a rug an impossible shade of teal, or using the diplomatic pouch to bring bibles into a communist country, she approached every challenge with the same three words, "I'm going to....". While others doubted, wavered or demurred, she marched off into the fray. She wasn't oblivious to the consequences or difficulties - she simply didn't accept that they should prevent her from doing what needed to be done. Her compassion, empathy and kindness transcended all barriers of language, culture or social standing. Family, friend or stranger, no one was ever left wanting for attention, compassion or love.

Mary Lou passed away peacefully on November 27, 2021.  She was predeceased by her husband, Albert L. Bryant in 2013. Mary Lou is survived by her daughter, Tamara Lou (Bryant) Sullivan and her husband Paul of Aiken; her son Stephen and his wife Gwendolyn of Rochester, New York; her son Michael of Modoc, South Carolina; her grandchildren Ryan, Kellyn, Tristen, Kenna and Caitlin; and her great-grandchildren Hunter, Madison, Benjamin and Sabrina.

In lieu of flowers, the family requests that donations be made to the charity of one's choice.

To send flowers to the family or plant a tree in memory of Mary Bryant, please visit Tribute Store
Saturday
4
December

Share Your Memory of
Mary
Upload Your Memory View All Memories
Be the first to upload a memory!
Share A Memory
Send Flowers
Plant a Tree