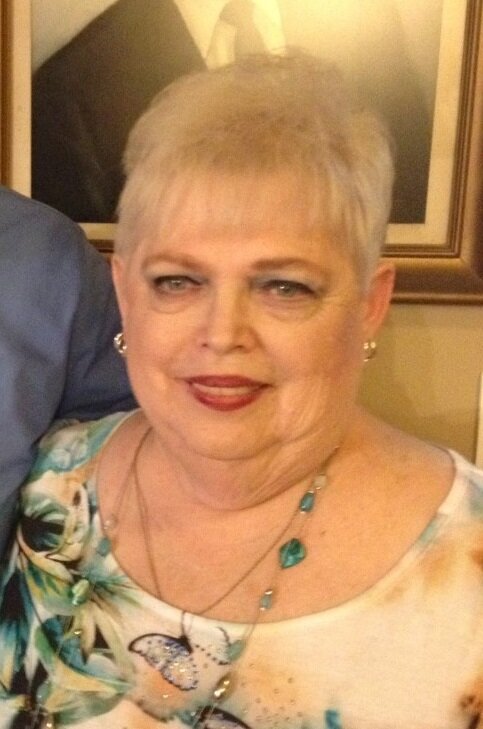 AIKEN, SC - Sandra “Sandy” Saxara Tinney, age 75, unexpectedly passed away on Saturday, October 16, 2021.  She was a native of Birmingham, Alabama, but called Aiken her home since 1979.  Sandy was married to William “Bill” Tinney who passed away on Saturday, January 30, 2021.  As she did for more than 52 years, Sandy was impatient to follow him to their heavenly home.

Sandy was born on September 12, 1946 in Birmingham to Raymond and Rebecca Saxara.  The loving, close, and supportive relationship, as an only child, she shared with her parents became her model for her own family that started with the birth of her daughter, Kimberly Anne Tinney, in 1969; and compounded further, with the birth of her second child, William “Will” Joseph Tinney, Jr. in 1972.

As the late 1970s came about, Sandy, with both children in tow, followed her husband, Bill, to Aiken, South Carolina.  She began work at Triangle Pontiac off of Highway 1 as a secretary.  By 1980, Sandy had moved both her parents to Bath, South Carolina, so that she could more easily help take care of them.  Unfortunately, soon after, in March of 1981, Sandy lost her father to leukemia.  This, of course, devastated her but she remained strong to take care of her beloved mother, Rebecca, that continued to live with Sandy until her death in 1988.

Sandy was a strong, guiding light for all in her circle of family and friends.  She was an anchor not only of the Tinney family but one for many in the Aiken-Augusta area.  To be sure, if you were to meet her, you would likely be smitten.  Sandy, as an operator for the predominance of the more than 40 years she worked at Aiken Regional Medical Centers, was the friendly voice for those that needed their calls directed.  Many would just call her, while she worked during the third shift, to just talk to her, you know? Check on her.  People that worked for ARMC and moved on considered themselves life-long friends with Sandy, constantly keeping in contact.

Sandy and her husband, Bill, were members of Millbrook Baptist Church in Aiken since 1981.  They remained active in church and Sunday school where Sandy was the secretary for the Houston Brown Sunday School class.  Of course, there, her friendship circle expanded even more as everyone enjoyed her positive and friendly attitude, her warm words, her caring embrace.  She was a strong, day-to-day missionary for Jesus in life.  After so many troubles and hardships, she never wavered in her relationship with Christ; WAFJ knows this to be true, as does everyone else that knew her.

Sandy successfully achieved the greatest of accomplishments, in being a fantastic mother, a fabulous grandmother, a superlative great grandmother.  She is survived by her son, Will (Lily); grandchildren, Patrick (Amanda) and William “B.J.” Boatwright; great grandchildren, Sawyer and Wyatt.  She is also survived by several nephews and nieces, great nephews and great nieces, throughout the south; and her “honorary sister” Mary Ann Dyches.

Special Thanks to Jennifer, Rylee and Dalton Charnock for being an amazing help and amazing neighbors

Interment will be Monday at 11:00 a.m. at Ft. Jackson National Cemetery in Columbia, SC.

To send flowers to the family or plant a tree in memory of Sandra Tinney , please visit Tribute Store
Print
Friday
22
October