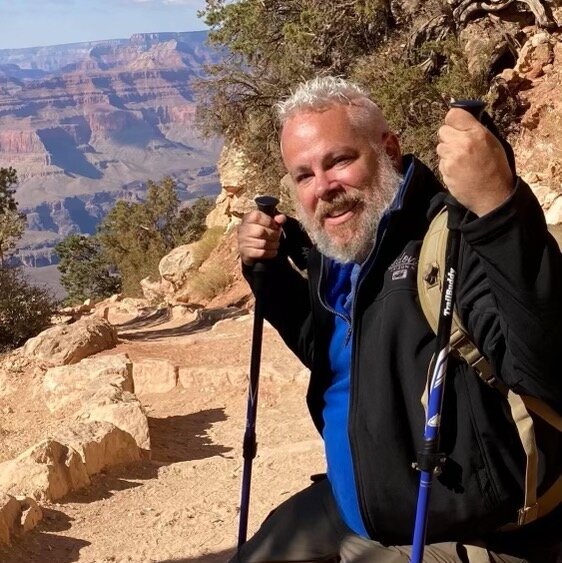 Please share a memory of Matthew to include in a keepsake book for family and friends.
View Tribute Book

Born August 4, 1971 in Mansfield, OH, he was the son of Harold O. Dent and Leah Augustine Dent.

Matt graduated from TL Hanna High School in 1989 and went on to Kansas City Art Institute, where he graduated in 1994 with a Bachelor of Fine Arts.

He worked at WSPA TV in Spartanburg, SC early in his career.  He later moved to Aiken and began working at Savannah River Site in the art department.  Matt was a gifted artist in many genres. He published a book, “Willy Who,” of a cartoon character he developed over the years.

Matt had a kind, gentle soul and never met a stranger. He was adventurous having traveled to many places around the world. He loved hiking and biking with his friends. His laughter was infectious, and his smile could light up a room. He loved his family and friends dearly and will be greatly missed by all who were so blessed to have had him in their lives. He had a special connection to his nieces and nephews who all adored him and whom he loved very much.

Matt was a member of Cedar Creek Church Banks Mill Campus of Aiken.

Matt was preceded in death by his grandparents, Tony D. and Eleanor L. Augustine and Kenneth R. and M. Leona Dent.

He will be lovingly remembered by his parents; his sisters, Tiffany Henderson (Dan), Iron Station, NC; Cori Dent (Kevin Hanvey), Anderson, SC; his nieces and nephews, Drew, Annie, and JD Henderson and Lily and Eli Hanvey; his aunts, Sue Fankhauser, Vernon Hills, IL and Marilyn Bottorf, Mansfield, OH; many cousins; and all of his friends.

A Celebration of Life service is scheduled for October 17, at 3:00 p.m. at Pope Drive Baptist Church in Anderson, SC. This service is a private service for family and close personal friends of Matt’s only. Dr. Rob White will be officiating the service.

To send flowers to the family or plant a tree in memory of Matthew Dent, please visit Tribute Store

A Memorial Tree was planted for Matthew
We are deeply sorry for your loss ~ the staff at George Funeral Home & Cremation Center
Join in honoring their life - plant a memorial tree
Services for Matthew Dent
There are no events scheduled. You can still show your support by sending flowers directly to the family, or planting a memorial tree in memory of Matthew Dent.
Visit the Tribute Store

Share Your Memory of
Matthew
Upload Your Memory View All Memories
Be the first to upload a memory!
Share A Memory
Send Flowers
Plant a Tree