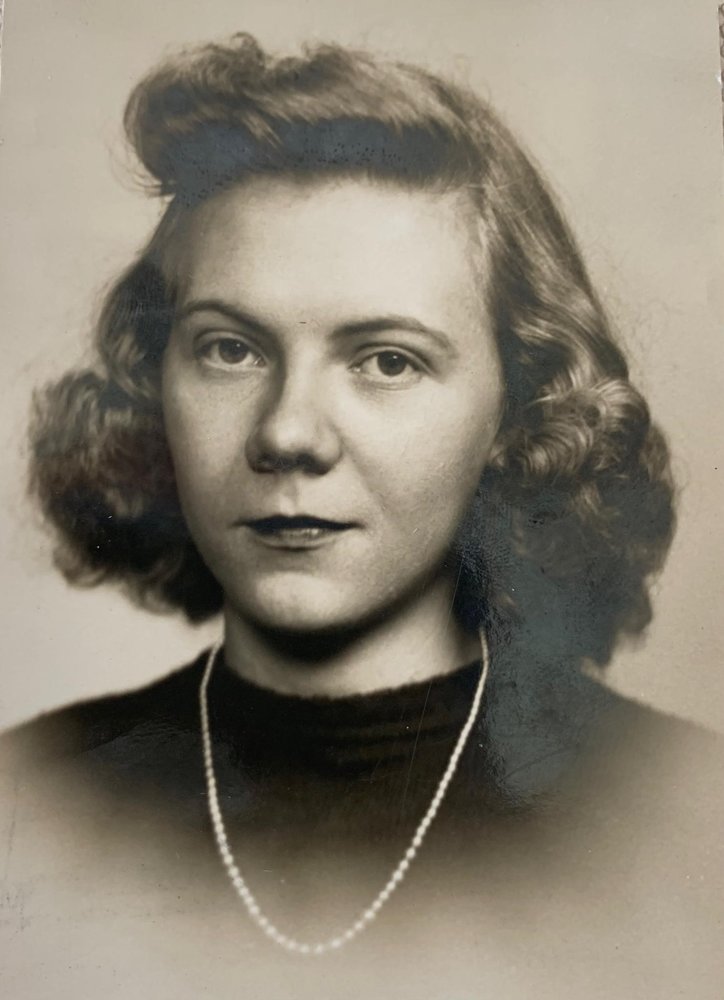 Please share a memory of Lucy to include in a keepsake book for family and friends.
View Tribute Book

Lucy Evans Albenesius passed away July 5, 2021.  Born Lucy Teague Evans July 25, 1924 in Lexington, NC, she was the daughter of William Bryant Evans and Lucy Teague Evans.  Her father was a pharmacist and her early life was a bit nomadic living in Salisbury, Mt. Airy, Davidson, Asheville and Greensboro by the time she was in high school.    She would always call Greensboro home as that is the town where her parents eventually settled down and from where both she and her father deployed to serve their country during World War II.  Lucy was a 1941 Graduate of Lee Edwards High School and a 1943 Graduate of St. Genevieve of the Pines, both in Asheville.  She was a bona fide veteran of World War II having served in the US Navy (posted in Washington, DC) from 1943 to 1945.  After her service to the nation she attended UNC (Chapel Hill) where she earned a B.A. in American History and met her husband of 68 years, Edward Leo Albenesius (married June 4, 1951).

Lucy and Ed moved to Aiken in 1952 where Ed was employed by DuPont.  They began their Aiken life in Mamie and Arthur Foreman’s garage apartment at the corner of Whiskey and Brandy.  As their careers progressed and their opportunities increased, they had five children together and made their home in Crosland Park and Aiken Estates before eventually settling in Whitehall Estates (Calhoun Place).   They had two assignments in the bigger world including stints in Washington, DC and Vienna, Austria in the late 1980s/early 1990s.

Lucy was foremost a teacher with two very memorable stints in the profession, first at Aiken Elementary  and later at Saint Angela Academy.  She was an active parishioner at St. Mary Help of Christians Catholic Church and sang in the choir for many years, especially lending support to the Christmas Midnight Mass presentations.   Bridge club was a constant through most of her Aiken life and she had many close neighbors.

She was a cancer survivor living nearly 50 years after a near-fatal encounter with the disease and like St. Paul the Apostle, spending all of those years with her own private “thorn.”  If you had to find a single word to describe Lucy it was “tenacious.”

A Requiem Mass will be celebrated on Thursday, July 8, 2021 at 2:00p.m. at St Mary Help of Christians Church, 138 Fairfield St. SE, Aiken, 29801 with the Very Reverend Father Gregory Wilson as celebrant. Final Rite of Committal will follow in Calvary Cemetery

To send flowers to the family or plant a tree in memory of Lucy Albenesius, please visit Tribute Store
Wednesday
7
July

Share Your Memory of
Lucy
Upload Your Memory View All Memories
Be the first to upload a memory!
Share A Memory
Send Flowers
Plant a Tree