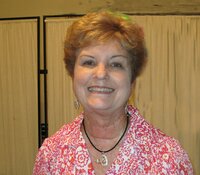 Cathy, as she was affectionately known, was born August 17, 1947, in Pasadena, CA to the late William and Dorothy Crosthwait. Cathy was a Registered Nurse and moved to Aiken, SC in 1998. She was an active communicant of St. Mary Help of Catholic Church. Cathy was an avid reader and member of local book clubs.

In addition to her parents, she was preceded in death by a brother, John Crosthwait.

A Requiem Mass will be celebrated at 1:00 p.m., August 18, 2022, at Old Historic St. Mary Help of Christian Catholic Church, Park Ave, with Father John Ignatius as Celebrant. A reception will be held immediately following the service in Mother Theresa Hall adjacent to the parish. Final prayers and commendation will be in Calvary Cemetery after the reception.