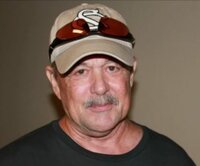 Born August 21, 1947 In Gainesville, FL, he was the son of the late Grady Payton and Virgie Adkisson Payton.

He served his country proudly in the Army having served during the Vietnam War with the Communications systems.

He was an avid Carolina Gamecock fan and a member of Central Baptist Church.

Robert was preceded in death by his parents; his brother, Richard Payton; his sister, Rebecca Payton; and a niece, Kimberlie Fralick.

He will be lovingly remembered by his sister, Pamela Plunkett of Aiken; his uncle, Edward Hedstrom (Joy) of Palatka, FL; his niece, Brandi Deas; his nephew, Clay Plunkett; many cousins; and his “boys,” Kai and Chevy, his faithful fur companions.

In lieu of flowers, memorial contributions may be made in Mr. Payton’s memory to the SPCA.